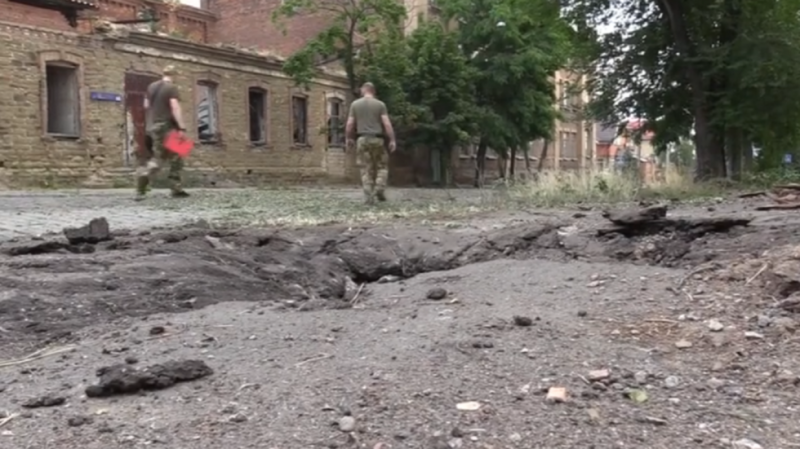 A 10-year-old girl was sitting by a bank in front of her house in Donetsk when a shell fired by Ukrainian forces landed in the middle of the street, killing her. The child was torn apart by shrapnel, the grieving family told RT’s Ruptly video news agency.

“My granddaughter has been blown into three pieces,” the girl’s grandfather told journalists. “Look there, there is blood everywhere,” he said, pointing to the metallic gates leading to the yard of his house.

Pools of blood were still covering the street in the spot where the girl had been hit by the shell’s fragments.

“She did not make it home,” the girl’s grandfather added, pointing to the girl’s sneakers, which were lying on the ground near her home’s gate. The girl’s body has already been taken to a morgue. “She and a boy … they were just walking around,” the girl’s mother said. “She sought to run home…” she began, before bursting into tears.

The family’s neighbor told reporters she had heard a loud bang and rushed to the street only to find “one girl’s leg lying near a garden plot and another one here, at the gate.” 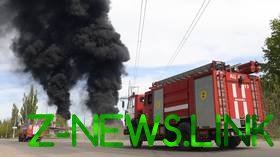 Ukrainian forces were shelling different parts of the capital of the Donetsk People’s Republic (DPR) on Tuesday, the city’s mayor, Aleksey Kuzmin, said in a Telegram post. Several people received shrapnel wounds, Kuzmin said, as he confirmed the girl’s death as well. The child’s identity has not been made public.

According to the mayor, the Ukrainian soldiers had used 155mm caliber shells. This caliber is common in NATO artillery systems, while the Russian and Ukrainian artillery pieces usually have a caliber of 152mm. RT could not independently verify which artillery type was used by the Ukrainian forces.

Russia sent troops into Ukraine on February 24, citing Kiev’s failure to implement the Minsk agreements, which were designed to give the regions of Donetsk and Lugansk special status within the Ukrainian state. The protocols, brokered by Germany and France, were first signed in 2014. Former Ukrainian president Petro Poroshenko has since admitted that Kiev’s main goal was to use the ceasefire to buy time and “create powerful armed forces.”