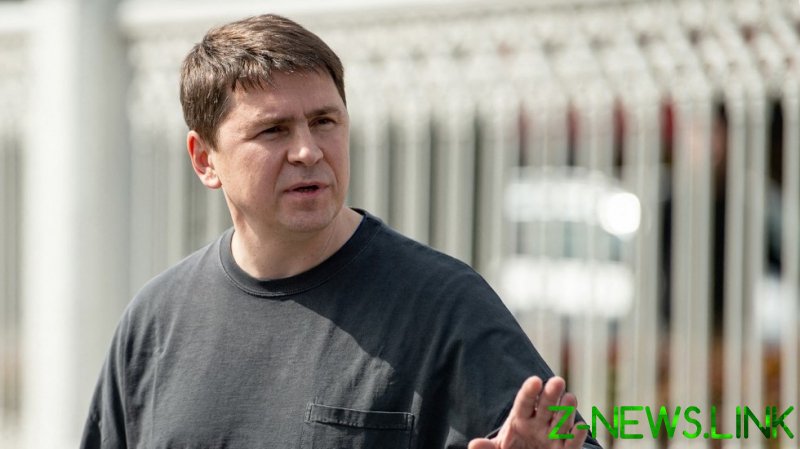 Despite Russian advances in the Donbass, Ukrainian presidential adviser and peace talks negotiator Mikhail Podoliak declared on Saturday that Kiev would not seek an agreement with Moscow. His statement contradicts earlier overtures toward diplomacy by President Volodymyr Zelensky.

“Any agreement with Russia isn’t worth a broken penny,” Podoliak declared in a Telegram post. “Russia has proved that it is a barbarian country that threatens world security.”

“Ukraine will fight with Russia until the victorious finale,” he continued, concluding that “A barbarian can only be stopped by force.”

Podoliak led the Ukrainian delegation during several rounds of unsuccessful peace talks during the initial weeks of Russia’s military operation in Ukraine. Now, his denunciation of talks with Moscow stands in stark contrast to President Volodymyr Zelensky’s acknowledgement earlier this week that he “may try and go the diplomatic way,” should Russian President Vladimir Putin be willing to talk directly. 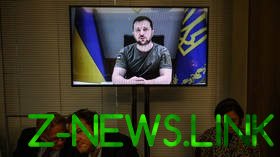 “The Ukrainian leadership constantly makes statements that contradict each other, which makes it impossible to fully understand its intentions and whether it is ready to take a sober approach and acknowledge the real state of affairs,” Peskov told reporters on Friday.

A similar pattern has played out since the conflict began in February, with Zelensky periodically expressing interest in negotiating a settlement with Russia, only for his officials, the US State Department, or Zelensky himself to express the opposite sentiment shortly afterwards. After he announced his willingness to enter negotiations earlier this week, Zelensky came out on Friday and told his citizens that “there will be no alternative to our Ukrainian flags” flying over the Donbass republics of Donetsk and Lugansk – primarily Russian-speaking areas that declared independence from Ukraine in February.

Since the surrender of the last Ukrainian forces in Mariupol earlier this month, Russian troops and soldiers from Donetsk and Lugansk republics have captured the key towns of Popasnaya and Liman in northern Donbass and closed in on Slavyansk. Meanwhile, with fighting continuing in the Severodonetsk and Lisichansk salient, Russian troops are now within several kilometers of the major supply hub of Bakhmut. 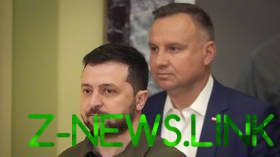 Amid this advance, Ukraine’s Western backers – which previously insisted that Ukraine would win the ongoing conflict – have begun to admit that Russian forces are inflicting damage on Ukraine’s military. British Prime Minister Boris Johnson described Russia’s progress in Donbass on Friday as “palpable,” while in Washington, Pentagon spokesman John Kirby said that Moscow’s forces are making “some incremental gains in the Donbass.”

With Ukrainian Foreign Minister Dmitry Kuleba conceding that the situation in Donbass is “extremely bad,” on Friday the Washington Post offered a rare glimpse into what Ukrainian troops described as staggering losses, mutiny in the ranks, and starvation in the trenches.

Only a handful of dissenting voices – former Secretary of State Henry Kissinger among them – have urged the Ukrainians to sue for peace. Meanwhile, UK PM Johnson has instead called on the UK’s allies to send heavier weapons to Kiev, while the Biden administration reportedly gave the green light to deliver long-range rocket artillery systems to Ukraine.