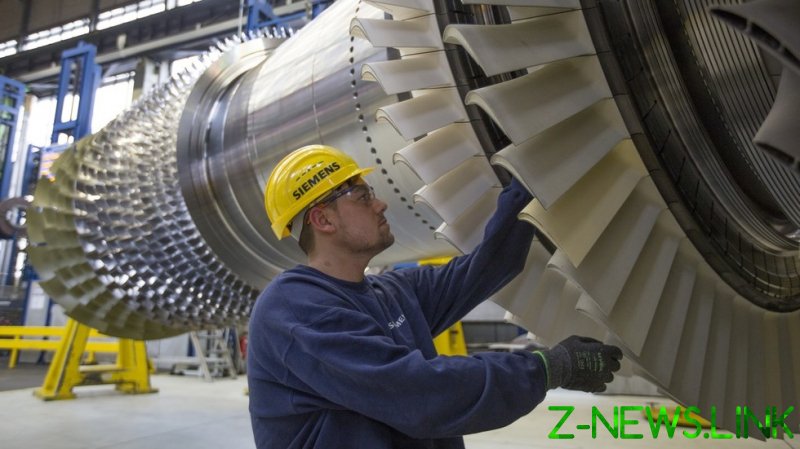 The Ukrainian World Congress (UWC), a major international diaspora organization, announced on Tuesday that it had asked a court to issue an injunction to prevent the Canadian government from returning a German-made gas turbine that Russia says it needs to deliver natural gas to Germany.

The group said its effort together with local allies to lobby the Canadian government failed to stop Ottawa from reaching a deal with Berlin on the key piece of equipment. As a result, the UWC has asked the Federal Court of Canada to intervene.

The turbine in question was used to pump Russian natural gas to Germany via the Nord Stream undersea pipeline. The Russian gas company Gazprom sent it to the manufacturer, Siemens Energy, for routine maintenance, which was done at a plant in Montreal. However, anti-Russian sanctions imposed by Canada barred the company from returning it.

Last month, Russia said it had no choice but to decrease the flow of gas into Europe via Nord Stream by roughly 60% due to the missing piece of equipment. Germany initially decried the decision as political before later scrambling to negotiate a sanctions waiver from Canada, which the UWC wants the Canadian court to scrap. 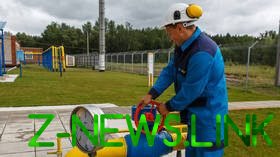 “We cannot supply a terrorist state with the tools it needs to finance the killing of tens of thousands of innocent people,” said Paul Grod, the UWC head, apparently referring to the Russian military operation in Ukraine.

The organization’s leader called Russia’s decision to limit the capacity of Nord Stream “energy blackmail” and said there were “better ways to resolve Germany’s gas supplies needs than simply caving in” to Moscow. Namely, “existing pipelines in Ukraine … could serve as a conduit for gas to Germany,” he explained, calling on Berlin to pressure Moscow into using the Ukrainian transit route.

The UWC objections to the Canadian decision are aligned with those of the Ukrainian government. Both warned that Ottawa was creating a dangerous precedent that would erode Western anti-Russian sanctions.

The Congress, which is based in Toronto, originated as a Cold War-era organization representing the Ukrainian diaspora living outside of the Soviet Union.

Many Ukrainian nationalists, including those who joined forces with Nazi Germany when it invaded the USSR in 1941, later fled the advancing Red Army and found shelter in countries such as Canada. Declassified CIA documents have shown an extensive record of recruiting such people for a guerilla campaign against Soviet Ukraine after the war. Modern Ukraine portrays war-time nationalist leaders as heroes and downplays or denies the crimes that those individuals and their forces committed.