Ukrainian kids separated from caregivers at US border – media 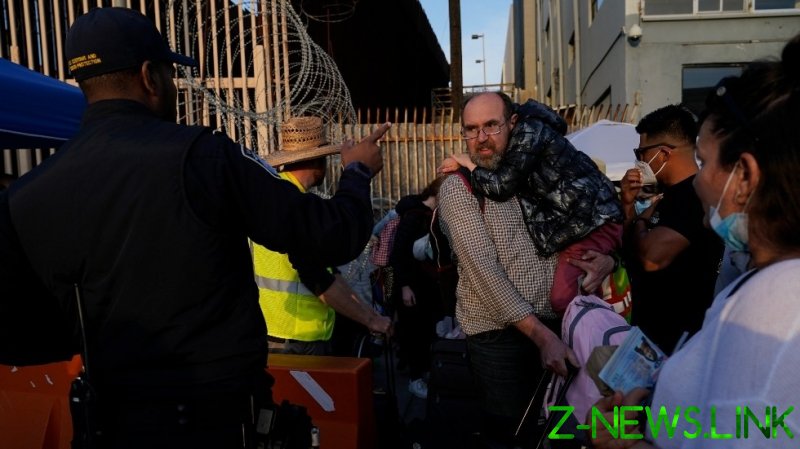 Dozens of Ukrainian kids fleeing the conflict in the country have ended up being separated from their guardians at the US border with Mexico, the New York Times has reported on Tuesday.

Volunteers working in Tijuana have told the newspaper of at least 50 such cases since the start of the Russian military operation in Ukraine. All of them involved minors, who couldn’t travel with their parents but were entrusted to older siblings, relatives or friends of the family to make the journey to America.

The separations reportedly occurred despite the guardians having all the needed notarized paperwork attesting that the children were wilfully handed over to them by their parents.

According to the paper, the authorities have been assuring the children’s helpers that the checks, aimed at making sure that the minors aren’t being trafficked, would take just a few days, but the kids apparently ended up disappearing in the system for weeks and being moved to shelters inside the US.

“They told us we would be separated for one or two days,” Iryna Merezhko, who traveled with her sister’s 14-year-old son Ivan, told the New York Times. This happened in early April, but the pair has been unable to reunite to this day. It took Merezhko a lot of effort to simply find out that the boy had been transferred to a children’s shelter in California. 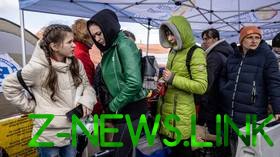 The woman said that the boy’s mother, who remained in Ukraine, already told her that she regretted sending Ivan to America. “At least we would know where he was if he had stayed with us,” she said.

A similar story happened to Molly Surazhsky, who accompanied a daughter of her close friend, 17-year-old Liza Krasulia. The teen, who was held by border officials on March 30, had been moved to a shelter in the Bronx, New York. Her processing took three weeks, with Surazhsky needing to fill in numerous pages of paperwork for the girl to finally be released to her. “They are making kids feel like prisoners,” she insisted.

Liza also expanded on the conditions that she had allegedly been kept in at the border, saying that officers had confiscated her phone, baggage, book and shoelaces. The teen claimed she had to share a cell with 25 other women and kids, sleeping on the floor with only thin foil blankets to cover her.

The US authorities have been acting in line with a 2008 law that calls for children who travel across the southern border without their parents and are considered “unaccompanied,” to be placed in government shelters and screened for signs of human trafficking. Their adult companion should also be vetted before a reunification, according to the legislation. The law had been primarily aimed at protecting children from Mexico and other Central American nations, who were often fleeing gang violence in their countries.

Erika Pinheiro of the Al Otro Lado migrant-support group, told the paper that during the evacuation from Afghanistan last year the children were freely allowed into the country with “nonparental caregivers.” But Washington apparently didn’t make a similar exception for the Ukrainians despite having earlier promised to do everything to assist the refugees from the country. 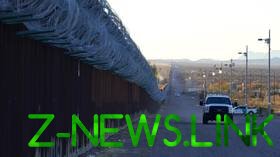 Vetting on the border is necessary, but has to be properly organized, Casey Revkin, a co-founder of NGO Each Step Home, told the New York Times. “The government could send social workers to the border to verify the familial relationship and avoid the trauma of separating these children, who have gone through so much, from their caregivers,” she said.

Speaking at the UN on Tuesday, American envoy Linda Thomas-Greenfield stressed that the US was “welcoming” up to 100,000 Ukrainians on its territory and funding efforts to support all those who have fled Ukraine.

Russia attacked its neighbor in late February, following Ukraine’s failure to implement the terms of the Minsk agreements, first signed in 2014, and Moscow’s eventual recognition of the Donbass republics of Donetsk and Lugansk. The German and French brokered protocols were designed to give the breakaway regions special status within the Ukrainian state.