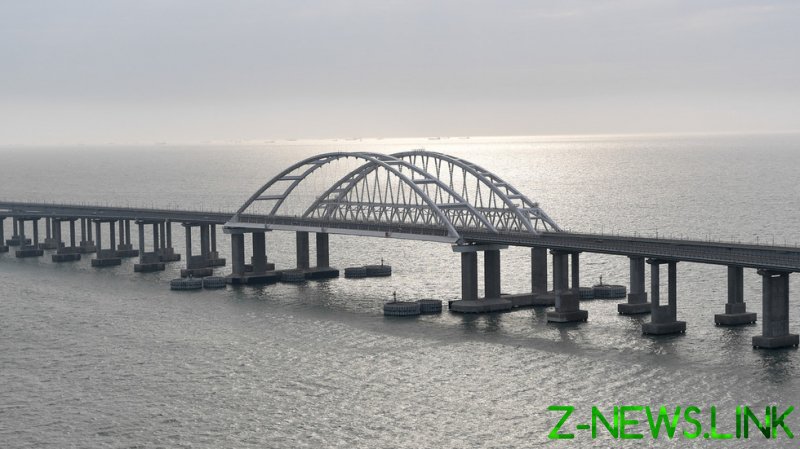 Moscow has responded to recent threats by Ukraine’s Armed Forces about a potential strike on the Crimean Bridge which connects Russia with the Crimean peninsula.

“Such statements are nothing less than the announcement of a possible terrorist act. This is unacceptable. There are many signs here of deeds that are subject to legal verification and subsequent punishment,” Kremlin spokesperson Dmitry Peskov said on Thursday.

The response comes after Alexey Danilov, the Secretary of the National Security and Defense Council of Ukraine, stated on Wednesday that if Ukraine had the chance, it would have struck the Crimean bridge long ago, and that Ukraine’s Armed Forces would do it now if possible.

Former Russian president and current head of the National Security Council Dmitriy Medvedev also replied to the threat by writing in his Telegram channel that “One of the hard-nosed Ukrainian chiefs spoke of the need to strike at the Crimean bridge. I hope he understands what will be the retaliatory target.”

Construction of the Crimean Bridge began in 2016 and was completed two years later. The multibillion-dollar infrastructure project connects the Crimean Peninsula with Krasnodar Krai in Russia’s southwest. At 19km, it is the longest bridge in Europe and allows the passage of cars and trains, and has been used by Russia to transport armored vehicles into the southern regions of Ukraine amid the ongoing military conflict between Moscow and Kiev.