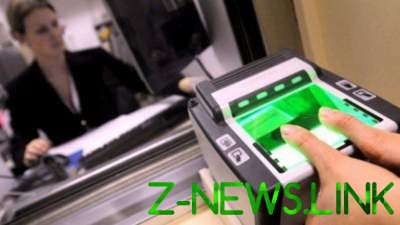 Mobile systems of biometric control will work in areas of potential illegal crossing of the state border between the Russian Federation and Ukraine from December 27. About this on his page in Facebook said Advisor to the Minister of internal Affairs Shkiryak.

“From 27 December 2017 will be introduced mobile systems biometric control in the locations of possible illegal border crossing offenders and smugglers,” he wrote. Shkiryak also reminded that on 1 January 2018 already 00.01 every Russian citizen who wants to cross the state border of Ukraine, will leave fingerprints and “the entire set of biometric data”. “All checkpoints on the border with the aggressor state already equipped with the latest systems biometric data and is connected to the base of Interpol and Europol”, – he stressed.

See also:  The Network showed how the Russians are "fertilized" ammunition the land of Donbass

According to the Minister of foreign Affairs Pavel Klimkin, after starting from 1 January 2018 the edge of the fitting system of biometric data of foreigners and persons without citizenship it is planned to introduce control over the movement of Russian citizens on the territory of Ukraine.

“From January 1 we will introduce the system of registration of biometric data. This is really the first step. The second stage will be a statement that will go accordingly to the State migration service, a copy will be sent to the foreign Ministry. And the third stage, he is able to create is the control over the movement of Russian citizens on the territory of Ukraine”, – said the Minister.

See also:  In Moscow killed the head of the construction Department of the Ministry of interior