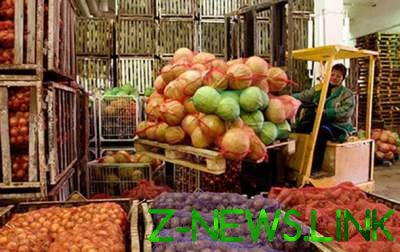 Export of Ukrainian agricultural and food products for the first 10 months increased by 22.7%.

Export of Ukrainian agricultural and food products for the first 10 months of 2017 increased by 22.7% compared to the same period in 2016. On Tuesday, November 28, reported the press service of the Ministry of agrarian policy and food of Ukraine.

So, for 10 months the exports of agricultural products totaled $14.7 billion and showed an increase of $2.7 billion to $14.7 billion compared to last year. The import increased by 8% to $3.6 billion.

According to the Deputy Minister of agrarian policy and food of Ukraine on European integration Olga Trofimciuc, the three main buyers of Ukrainian agricultural products during this period included India (11.3 per cent of total exports), Egypt (7.5%) and Netherlands (6.9 per cent).

In Asian countries supplied more than 42% of Ukrainian products to the EU were 31.9% and in Africa at 14.7 per cent.