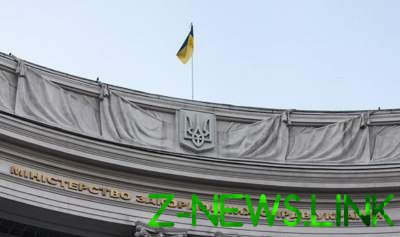 The Ukrainian side were recorded 561 case of violation of the ceasefire.

Zelenko noted that the Ukrainian side was recorded 561 case of violation of the ceasefire, while 251 times used Minsk agreements prohibited weapons. In particular, in the period of the ceasefire in the Donbas from December 29 to March 7 because of the attacks of the militants killed 12 Ukrainian servicemen.

See also:  Kiev supported the strengthening of sanctions against the DPRK

“On 9 March, the Ministry of foreign Affairs sent a Special monitoring mission in Ukraine, the note, which was recorded all cases of violations of the ceasefire, which was agreed by the Trilateral contact group for the period from 29 December 2018 until March 7, 2019,” said Zelenko.

Recall, from midnight March 8 in the Donbas started to act the agreement about the mode of silence, which was agreed by the security subgroup of the Trilateral contact group on the peaceful settlement in Eastern Ukraine. The representative of Ukraine in the TAG Yevhen Marchuk said that the Ukrainian side is in doubt about the ceasefire by militants, since the video conference, which stated the date of the armistice was not the representative of Russia.

See also:  Video: woman with seeming ease discards the hatch, where the hell is her kid