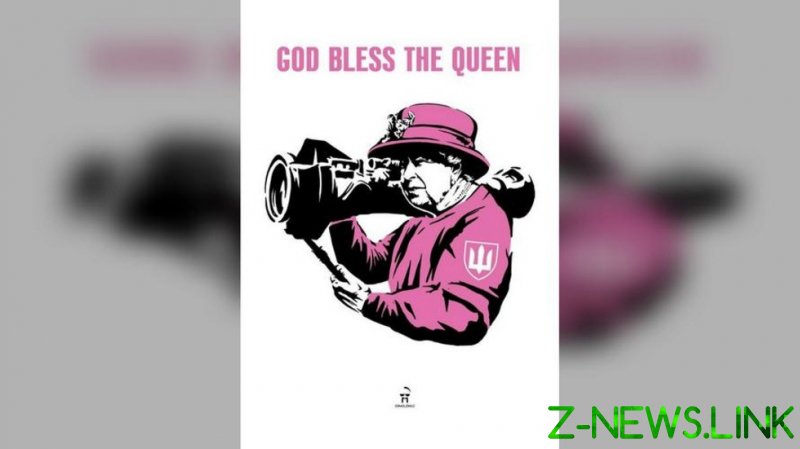 The Ukrainian Defense Ministry made a social media post on Saturday depicting Britain’s reigning monarch, Queen Elizabeth II, aiming a shoulder-fired NLAW anti-tank missile launcher. The image is the latest in a line of controversial social media posts by the government in Kiev.

In the drawing, the Queen is depicted aiming one of the British-made missile launchers over one shoulder, with the Ukrainian coat of arms emblazoned on her other arm. “God bless the Queen, Ukraine and the whole world,” reads a caption above the image.

Britain has donated thousands of single-use NLAW missile launchers to Ukraine, and the weapons have been immortalized in British and Ukrainian propaganda. Mock-religious icons depict ‘Saint NLAW’ holding the missile launchers, and British politicians have claimed that Ukrainian soldiers shout “God save the Queen” as they fire the weapons.

The efficacy of the NLAWs, and of American-supplied Javelins and Stingers, has been hotly debated. Ukraine regularly claims to have destroyed more Russian vehicles than Moscow records as lost, and in the months since Britain first sent more than 4,000 NLAWs, Kiev has petitioned the West for heavier weapons and vehicles as Russia’s advance in eastern Ukraine continued.

The Defense Ministry’s post was cheered on Twitter by pro-Ukrainian users, but slated by others. Some condemned the ministry for supporting a foreign monarch, while others simply described the post as “cringe.” 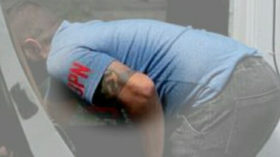 The ministry has made a number of controversial posts since Russian forces attacked Ukraine in late February. Among them were attempts to pass off video game footage as a real-life air battle, and photos of its own soldiers wearing Nazi insignia. Other official Ukrainian government accounts have compared the country’s struggles to those of Nazi Germany, while the Ukrainian National Guard has boasted of dipping bullets into pig fat for use against Chechen Muslim soldiers, whom it called “orcs.”

Although Queen Elizabeth II is Britain’s head of state, her role is mostly a symbolic one. The country’s Defense Ministry authorized the donation of NLAW systems to Ukraine, and the Queen herself has not publicly commented on the conflict, instead making a “generous” donation in March to humanitarian aid groups working in the country.