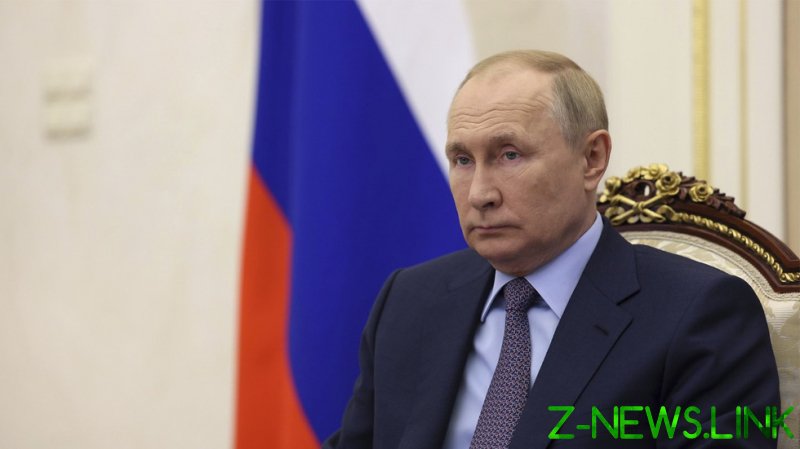 In his first press conference since July, the president was asked about the conflict with the West, the ongoing military operation in Ukraine, and the energy crisis in the European Union, among other things.

Here are some of the key moments from Putin’s press conference.

Destroying Russia and “disintegrating” it into a number of petty states has always been a top priority for the collective West, the Russian president said. Ukraine, in its modern state, has been selected to become an “anti-Russian enclave” and the main tool to achieve such goals, Putin believes.
“The fact that they’ve always strived for the disintegration of our country is certain. It is only regrettable that at some point they decided to use Ukraine to achieve such goals,” Putin said. “In order to prevent such developments, we have launched the special military operation.”

Attitude towards Ukraine may change

So far, Moscow has demonstrated a very reserved reaction to such actions by the Ukrainian authorities as attempts to target vital infrastructure on Russian soil or stage “terror attacks,” Putin said.
“The special military operation is not a warning of some sort, but a special military operation. We’re witnessing attempts to stage terror attacks, attempts to damage our civilian infrastructure. We respond to this with restraint, but only for the time being,” Putin stated, warning that the approach may change in the future.
“Quite recently, the Russian armed forces delivered a couple of sensitive strikes, let’s say they were a warning. If the situation continues to develop in such fashion, the response will be more serious,” he added.

No change in Ukraine conflict goals

There will be no changes in the goals Russia is striving to achieve with its special military operation in Ukraine, Putin said. “There are no adjustments to the plan. The General Staff makes operational decisions in the course of the campaign as to what is considered a key objective,” the president stated.
“The main goal is the liberation of the entire territory of Donbass. This work continues, despite the attempted counterattacks by the Ukrainian army,” Putin said, adding that it was too early to draw any conclusions from the ongoing counteroffensive by Kiev’s forces, and one should wait to see “how it ends.”

Prospects of peace talks with Ukraine are uncertain 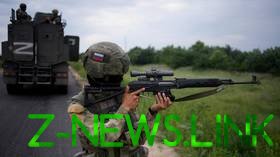 Russia was ready to agree to security guarantees for Ukraine proposal during Istanbul talks back in March, Russian president revealed. However, the negotiations were scuppered by Kiev.
“The troops were withdrawn from Kiev in order to create conditions for the reaching of this deal. Instead of inking it, the Kiev authorities immediately abandoned all agreements. They announced that they would not seek any deals with Russia, but would seek victory on the battlefield. Well, let them,” Putin said.
The prospects of further negotiations or personal talks between him and his Ukrainian counterpart Vladimir Zelensky remain uncertain, Putin admitted. “First of all, they should agree [to hold the talks]. But they refuse. Zelensky declared that… he was not ready and not willing to talk with Russia. Well, if he’s not ready – there’s no need [for that],” Putin said.

The collective West still remains trapped in the colonial-era mindset, the Russian president said, suggesting that Western countries simply cannot give up their habit of living at the expense of someone else.
“These are former colonial powers, but they still live in the paradigm of colonial philosophy. They are accustomed to living at the expense of others. And they still cannot get rid of this paradigm in their practical daily politics,” Putin stated.

On what caused the EU energy crisis

The ongoing energy crisis in Europe, which is routinely blamed on Russia and the fallout of its military operation in Ukraine, started long before the ongoing events, Putin believes. The EU created the crisis itself, and now is merely trying to solve it “at the expense of others,” he said. 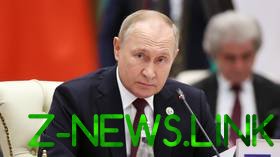 “The energy crisis in Europe did not begin with the start of Russia’s special military operation in Ukraine, in Donbass, not with this, much earlier, a year ago, if not even earlier. It began, while it may sound strange, with the ‘green’ agenda,” Putin stated, adding that while introducing green energy is important for tackling climate change, multiple European countries opted to ditch fossil-fuel energy at once to reach short-term political goals.
The Russian president also mocked the idea floated by European Commission President Ursula Von der Leyen of sending the growing energy bills to Moscow, dismissing it as yet another attempt to “shift the problem, the headache from a sick head into a healthy one.”