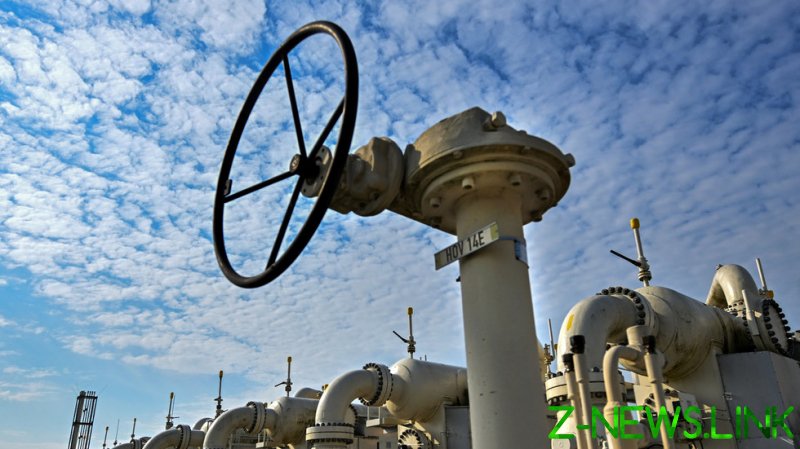 Ukraine suspended the flow of Russian natural gas to Europe on Wednesday, while blaming Moscow for the disruption. Russian gas had so far been flowing uninterrupted through pipelines across Ukraine despite the military activities.

In a statement late Tuesday, the Ukrainian gas transmission system operator said it had decided to suspend operations at a major transit point, Sokhranovka, because of “interference by the occupying forces.” The station handles up to 32.6 million cubic meters per day, or about a third of the Russian gas that flows via Ukraine to Europe, according to the operator.

Meanwhile, Russian energy giant Gazprom said it sees no reason for the disruption, adding that it can’t reroute supplies to another entry point, Sudzha, because the reconfiguration would be “technically impossible.”

“Transit through Sokhranovka was provided in full, there were no complaints from counterparties and there are none,” Gazprom said on its official Telegram channel. “Gazprom fully fulfills all its obligations to European consumers, supplies gas for transit in accordance with the contract and operator agreement, transit services are fully paid.” 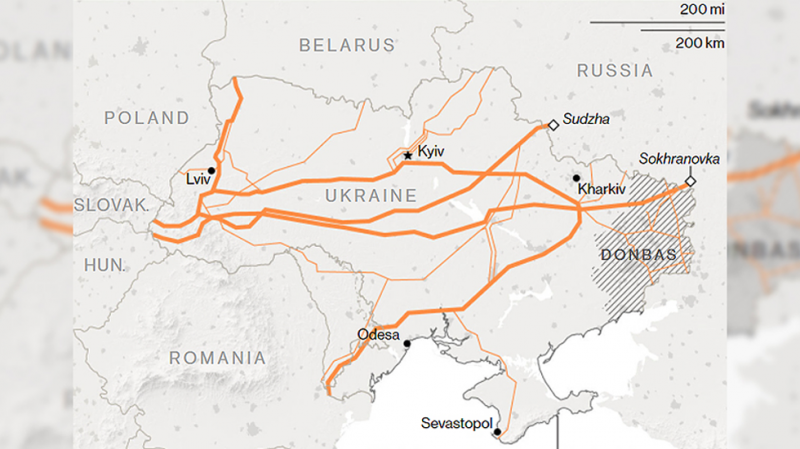 Orders to ship gas via Sudzha are set at 72 million cubic meters for Wednesday, higher than for Tuesday, but still below nominations for both stations combined earlier this week, according to the grid. The flows are also far below what Sudzha has handled in previous years.

Shipments through Ukraine to Slovakia’s Velke Kapusany, the main transit route to Europe, are also expected to decline to the lowest level since April 30, based on grid data.

European natural gas prices jumped on the news by more than 6.4% on Wednesday, according to Refinitiv data. The prices later eased on bearish factors, including warmer weather and LNG imports.