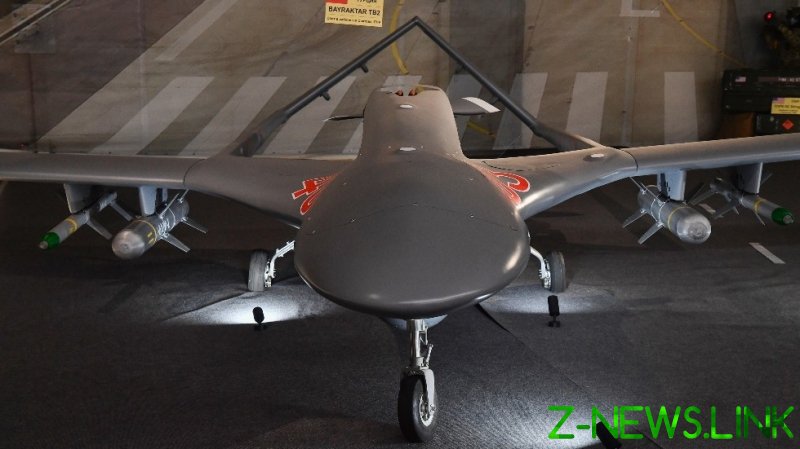 The New York Times newspaper has said Ukraine was behind a massive but unsuccessful drone attack on the port city of Sevastopol in Crimea on Saturday, despite officials in Kiev refusing to claim responsibility for the incident.

The Russian Defense Ministry has also blamed the “terrorist attack” on Ukraine, saying Kiev’s forces carried it out under the supervision of British experts. The assault, which involved nine aerial and seven naval drones, targeted the vessels of the Russian Black Sea Fleet docked in Sevastopol. It was repelled, with just one ship suffering minor damage, according to the ministry.

The Ukrainian authorities have been reluctant to acknowledge their responsibility for the attack. Andrey Yermak, the head of Ukrainian President Vladimir Zelensky’s office, took to Telegram to accuse Russia of “making up terrorist acts at its facilities.”

On Saturday, the NYT dedicated an article to new attack capabilities allegedly obtained by Kiev during the conflict with Russia, saying that those “were on display in the predawn hours of Saturday when Ukrainian drones hit a Russian vessel docked in the Black Sea Fleet’s home port of Sevastopol.”

In another article, the outlet pointed out the Ukrainian authorities “have maintained a policy of official ambiguity about strikes behind the front lines.”

However, it said the attack on Sevastopol “appeared to be the most recent example of Ukrainian forces striking sensitive Russian sites from afar, illustrating how homemade drones and powerful weapons provided by Western nations have given the Ukrainians abilities that only the Russians had early in the war.”

The paper then cited an unnamed senior Ukrainian official, who claimed that the Russian minesweeper ‘Ivan Golubtsov’ had been severely damaged in the drone assault, while another vessel, the frigate ‘Admiral Makarov’, received minor, easily repairable damage.

According to Moscow, the Russian ships that were targeted by the Ukrainian drones had been involved in providing security for the “grain corridor,” which was set up to allow exports of Ukrainian food products from the Black Sea ports in line with a deal reached between Moscow and Kiev with UN and Turkish mediation in the summer.

The attack has prompted Russia to indefinitely suspend its participation in the pact, which caused an angry reaction from US President Joe Biden, who said the move was “purely outrageous” and that it would “increase starvation.”

Moscow’s ambassador to Washington Anatoly Antonov responded to Biden by saying that the really “outrageous” fact was that Washington again refrained from condemning “the reckless actions of the Kiev regime.”

Antonov also rejected “insinuations” that Russia was causing global starvation, noting that Moscow had repeatedly highlighted the importance of supplying the poorest countries with agricultural goods.

On Saturday, Russian Agriculture Minister Dmitry Patrushev said Moscow was ready to supply up to 500,000 tons of grain to poor nations for free in the next four months, with assistance from Türkiye.