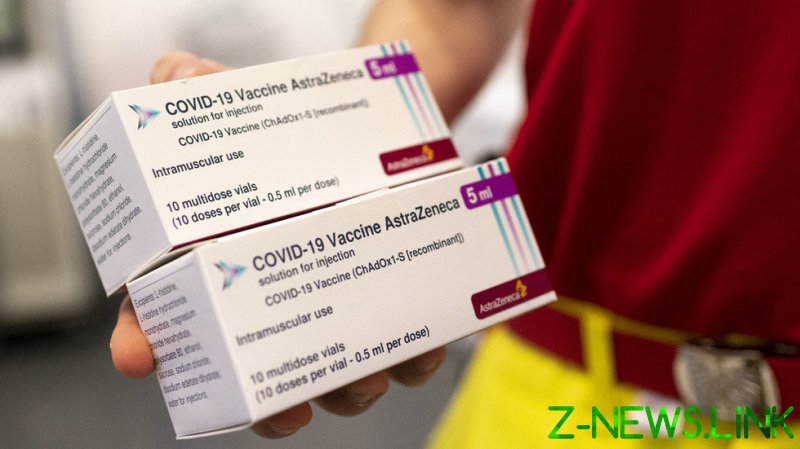 The vaccine, which was developed in partnership with Oxford University, is awaiting approval from the Medicines and Healthcare products Regulatory Agency (MHRA) for use among children. It was greenlit by British regulators for use in adults at the end of 2020.

“Whilst there are no safety concerns in the paediatric clinical trial, we await additional information from the MHRA on its review of rare cases of thrombosis/thrombocytopaenia that have been reported in adults, before giving any further vaccinations in the trial,” a University of Oxford spokesperson told British media on Tuesday.

The trial of the vaccine on children aged between six and 17 began in February and is the first of its kind to test the jab’s ability to generate an immune response in the under-18s.

Reports have surfaced in recent weeks of blood clot incidents among a very small number of people who received a dose of the AstraZeneca vaccine in the days before their illness, though no clear causal link has been established between the clots and the inoculation. The EU’s drugs regulator, the European Medicines Agency (EMA), said last month that the benefits of the jab outweigh its risks after a number of member states paused their rollouts of the vaccine after reports of blood clots.

Following the regulator’s opinion, many states resumed their use of the vaccine, while investigations by the EMA’s safety committee into a causal link between the jab and rare blood clots continued.

Fresh updates from the MHRA and the EMA about the use of the drug are expected in the next few days. The EMA said it expects its committee to issue an update on the jab this week, but the regulator’s head of vaccines strategy, Marco Cavaleri, on Tuesday suggested that the vaccine is linked to blood clotting.

Although governments resumed their rollout of the vaccine, some countries imposed age restrictions on its use, due to the apparent higher prevalence of blood clots in younger people who had received it.
Germany’s medicines regulator limited it for use in people aged under 60, while Canada paused its rollout to those under 55. France has limited the jab for those under 55, and last month Denmark extended its suspension of the vaccine for three weeks.