Home / WORLD / UK lockdown laws may help against the new Covid-19 strain, but the strain on kids’ mental health is too high a price

UK lockdown laws may help against the new Covid-19 strain, but the strain on kids’ mental health is too high a price 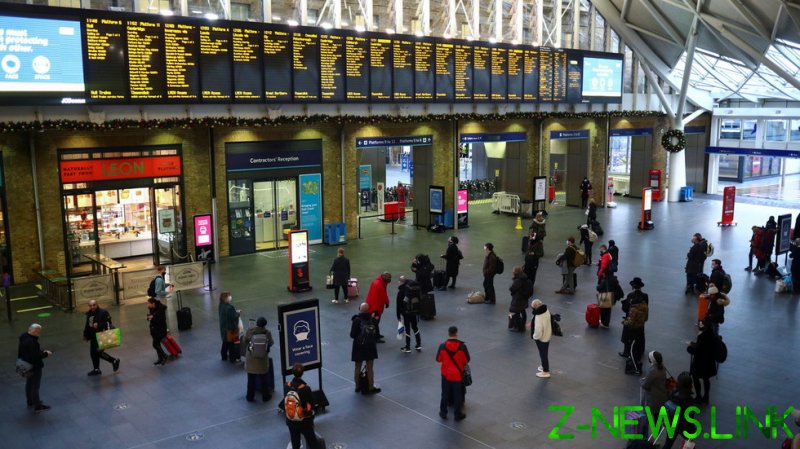 As the dread sunk in following Boris Johnson’s announcement at 4pm on Saturday that London and large parts of the southeast of England would be placed under Tier 4 of the pandemic lockdown’s draconian measures I felt an irrational urge to pack the family in the car and flee to an overpriced bolthole hotel in Cornwall until it was safe to resurface in the capital.

Oh, the bliss of a pint or six of Doombar in a Tier 1 harbourside pub (table service only) as the rain outside peppered the windows and a blazing log fire on the inside kept the chill at bay.

That simple pleasure is made all the more sweet by its elusiveness.

As soon as BoJo passed the baton onto his health head honchos at the Downing St. press conference, I was in the car, but only to the nearby stores to pick up a coat on ‘click and collect’, a Christmas present for my daughter that would be post-December 25 if I ignored the phone alerts that is was ready for collection any longer.

While in the town centre, out of curiosity I dropped into a new clothing store that had opened for the first time at 3pm on Saturday.

A fancy sort of place that sells trainers at £350 a pair, one of the young staff members working there began chatting, telling me that the store had opened late in the day because of all the preparation they needed to do beforehand. Sure enough there were hand sanitiser stations dotted around the store, all staff wore face masks and customers were being counted as they came through the doors.

He told me it was the first job he’d ever had and had been so keen to make it work, he had happily worked the previous six days on the run to help ensure the grand opening was a success. Which it was. For an hour. Thanks, Prime Minister.

The poor young guy welled up when he suggested maybe that was the end of his brief run of good fortune thanks to a government seemingly at a loss over how to handle Covid-19 without ruining peoples’ lives. Not that he put it like that.

What do you say? I wished him well, which is admittedly not much and left quickly thinking I may have just witnessed the death not only of his job but of the wild entrepreneurial endeavour and optimism that led to a brand new store welcoming customers for the first time in the week before Christmas at what seems, at times, like the end of days.

Elsewhere, a colleague told me that on a work-related drive on Sunday from London to Cambridgeshire (part in Tier 4, rest in Tier 2), he witnessed at least five instances of extended families and friends meeting up in service station car parks, and even a motorway lay-by in one case, to exchange Christmas presents.

Of course, he was forced to drive as the police now patrol the railway stations to intercept Londoners looking to flee the capital following scenes of mass evacuation at one central terminal on Saturday evening. How grim can this become?

Well, there’s also the daughter of a close family friend, at just 11 years old, who began her first dealings with therapy today. She was lucky to score an appointment as mental health services face a backlog like never before thanks to unprecedented calls on their expertise, particularly among children.

She struggled through the months off school, missing her friends and teachers and once back in the classroom has since faced constant, hugely disruptive Covid-19 outbreaks among her fellow pupils and staff requiring them to self-isolate and quarantine according to the rules.

Asking her parents when things will improve is pointless. They have no idea. This has played on her mind, her feeling of wellbeing and her sense of security to the point that she has self-harmed in seeking attention and reassurance and now, a psychologist’s help.

This is what the godawful restrictions we are being asked to live under are doing to our young people. To our first jobbers, to families desperate for some Christmas sharing and to our schoolchildren.

There has to be a better way. Our once affable PM, famed and derided at the same time for his overblown optimism has been replaced by a leader on the ropes who dreads opening his mouth, because he knows he only has more bad news.

Those we rely on to steer us through these troubles have let us down. Everywhere. They have all got it wrong. While it might seem premature, there are now rumblings for heads to roll in the UK government with labrador-like Health Secretary Matt Hancock among the first candidates.

As the old joke goes, what do you call it when a politician is thrown to the sharks? A start.