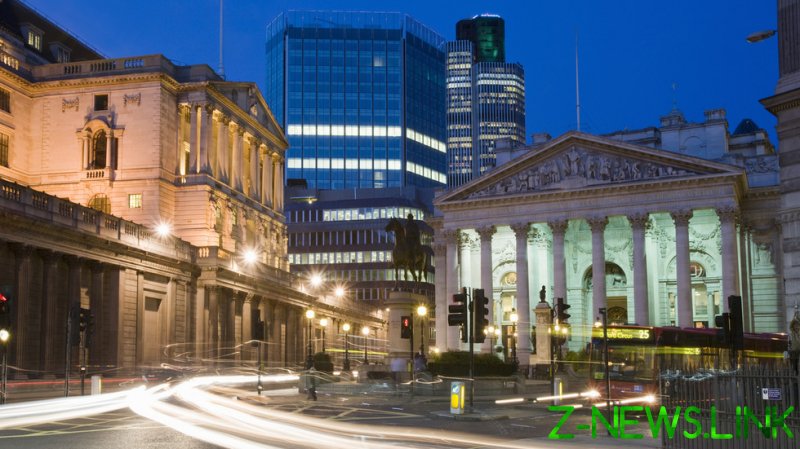 The Bank of England has raised its base rate from 0.75% to 1% on Thursday, in an attempt to curb soaring inflation that is predicted to surpass 10% by the year end.

The measure has sent the cost of borrowing to its highest level since February 2009.

The regulator has warned that the cost-of-living crisis could plunge the economy into recession this year. Last month inflation in the UK rose to 7% – the highest rate in 30 years, driven by rising fuel costs against the backdrop of the Ukraine-related sanctions on Russia. The Bank’s official target for this year was set at 2%.

The development sent the British pound plunging to its lowest level since July 2020, as the currency hit 1.2393 against the dollar early Thursday afternoon London time, shedding nearly 2% of its value against the greenback.

According to the central bank, real household disposable income will fall sharply this year due to rising energy prices, and unemployment would also begin to climb, reaching 5.5% in three years.