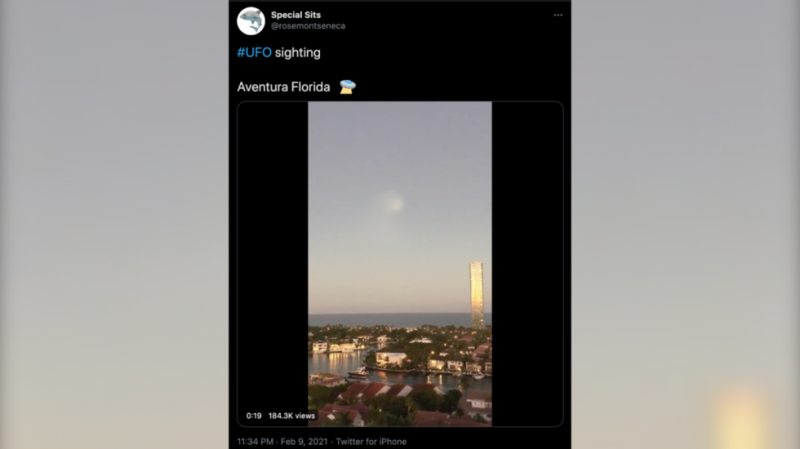 With multiple sightings reported across the state from the Treasure Coast to Southern Palm Beach County, spectacular footage purports to show the mysterious object in action.

Throwing cold water on theories that the object was everything from a meteor or comet to an alien spacecraft conducting a close flyby, Dutch researcher and scientist Dr. Marco Langbroek claimed the ‘UFO’ was likely a Trident II submarine-launched ballistic missile undergoing testing.

Eric Vandernoot, an astronomy and physics lab coordinator at Florida Atlantic University, highlighted that the altitude of the object in the night sky made it visible from the Bahamas to northern Florida, which apparently supported the theory that it was indeed a submarine-launched ballistic missile (SLBM).

The Trident II SLBM boasts an operational range of over 7,500 miles (12,000 km) and forms an integral part of the US and UK nuclear deterrent arsenal. If it was indeed a Trident missile test, it remains unclear whether it was launched by a UK or US military submarine.

Notices to airmen (NOTAM) about the potential launch activity were reportedly issued in recent days.

Curiously, ballistic boffins’ calculations indicate that the purported missile test’s trajectory was similar to a spectacular failure by the UK’s Royal Navy in June 2016.

The 2016 missile test ended in failure as the missile reportedly flew off course, reversed direction, and headed for the US mainland before its self-destruct mechanism was triggered, resulting in a major embarrassment for the administration of then-prime minister Theresa May.