U.S. priests accused of sexual crimes against thousands of children the media 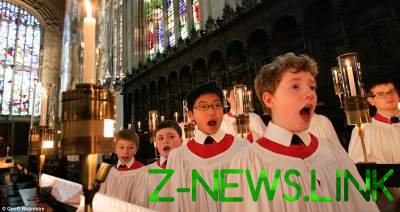 More than 300 of pedophile priests for more than 70 years was raped and committed sexual abuse against children in the six dioceses of Pennsylvania.

The Grand jury of Pennsylvania issued a report stating that more than 300 of pedophile priests for more than 70 years was raped and committed sexual abuse against children in six dioceses in the state. This writes Deutsche Welle, citing the report of the Grand jury – a Grand jury, which the United States determines the validity of the formal charge.

“Over a thousand minors in the six dioceses of the U.S. state of Pennsylvania had been sexually abused by more than 300 Catholic priests since 1940-ies”, – stated in the message.

According to the jury, in fact, the number of children could be much higher because some of the documents lost, and the victims in most cases were afraid of publicity. According to attorney General of Pennsylvania, for two years, investigations revealed that the cases of pedophilia covered with high-ranking representatives of the Church in this state, and also at the level of the Vatican. In some dioceses there was an internal investigation and information about the crimes was handed over to the police, but it was not in all cases. Despite some institutional reforms to individual Church leaders have largely escaped responsibility, the report says a Grand jury.

The report includes the names of hundreds of priests, but some of them were removed because of allegations that the disclosure of this information violates their constitutional rights. Prosecutors found that in almost every case, the period of charge has expired. More than 100 priests have died, many of them also retired or were fired. Authorities brought charges in only two clergy, including one priest who pleaded guilty.

See also:  Lufthansa has prepared a new menu for passengers-children

In June 2016, Pope Francis said that bishops who refuse to investigate cases of pedophilia in their dioceses, they will lose their place. The fight against pedophilia and the “zero tolerance” for it is one of the Central themes for the Vatican since the election of Francis in 2013.