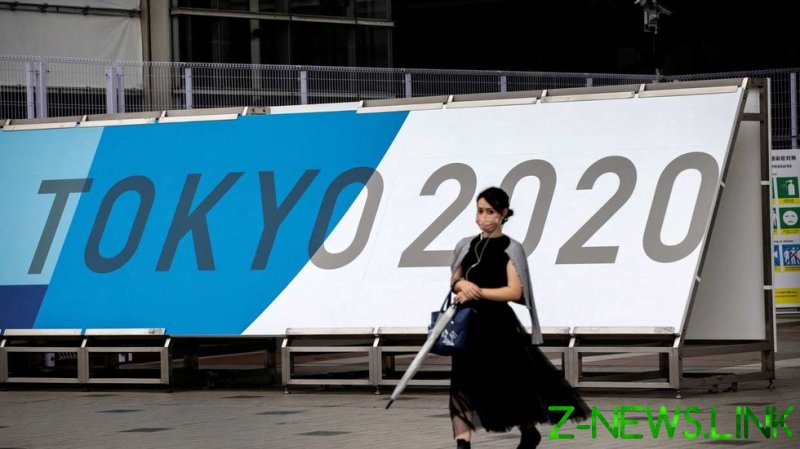 In the poll by the Asahi Shimbun newspaper, 68% of respondents expressed doubt that organizers can ensure “safe and secure” games, with 55% saying they were opposed to the major sport event going ahead, as compared to 33% who were in favor of the games.

The news comes after two South African athletes and a video analyst tested positive for Covid-19 in the Olympic Village on Sunday.

The survey results follow previous polls that have consistently shown that the Japanese public largely favors postponing or canceling the games, which will be held without spectators and while Tokyo is under a state of emergency due to a rise in Covid-19 infections.

Several protests have been held in the Japanese capital, with attendees concerned that the Olympics will lead to a wave of infections and bring more contagious and deadlier variants of the coronavirus to the country.

Automotive giant Toyota, one of the top sponsors of the games, said on Monday that it will not run TV ads related to the Tokyo Olympics in Japan and its president will not attend the opening ceremony. “It is true that Toyota will not be attending the opening ceremony, and the decision was made considering various factors including no spectators,” a spokesperson said as cited by Reuters.

The organizers and the International Olympic Committee (IOC) officials have been insisting that the games will go on safely and won’t produce new hotspots. IOC chief Thomas Bach has appealed to the Japanese public to show support for the athletes.

Japanese Chief Cabinet Secretary Katsunobu Kato said on Monday that the government will continue to “work closely with the IOC and others to ensure a safe and secure environment.”

The games, which were canceled last year due to the pandemic, will last from July 23 to August 8