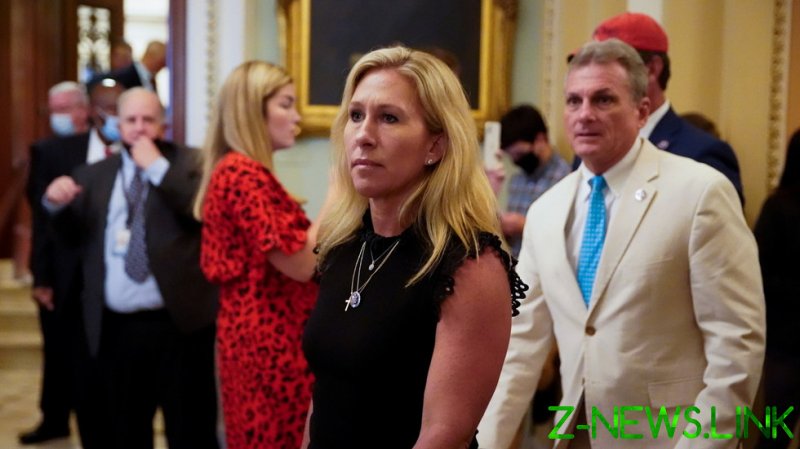 “These vaccines are failing & do not reduce the spread of the virus & neither do masks,” Greene tweeted on Monday night. She had also warned that the Food and Drug Administration (FDA) should not give full approval to the Covid-19 vaccines as “there are too many reports of infection & spread of #COVID19 among the vaccinated.”

The message was a fourth strike against her from Twitter, which has a five-strike policy on what it deems to be Covid-19 misinformation. A fourth strike results in a one-week suspension, while a fifth would trigger a permanent ban.

A Twitter spokesperson confirmed on Tuesday to CNN that Greene had violated the platform’s “misleading information policy.” The account will now be in “read-only mode” due to the multiple violations by Greene.

In her own statement, Greene accused Twitter of political bias against conservatives – a common accusation levelled against the platform – and took aim at everyone from House Speaker Nancy Pelosi (D-California), who “doesn’t care” about Greene’s constituents, to White House medical adviser Dr. Anthony Fauci.

Greene blasted Fauci for criticizing the motorcycle rally in Sturgis, South Dakota as a potential coronavirus super spreader event, but ignoring Obama’s recent celebrity-filled birthday bash where many, including the president, were pictured maskless.

“Twitter suspended me for speaking the truth, and tweeting what so many people are saying,” she said. “Twitter suspends me because the truth is so offensive to the fragile hypocrites all over Twitter!”

This suspension is Greene’s third on Twitter. She was suspended in July after tweeting what the platform deemed misleading information on elections in Georgia, then in July for 12 hours for sharing Covid-19 misinformation. She was also briefly suspended in March, though Twitter claimed at the time that this was a system error.