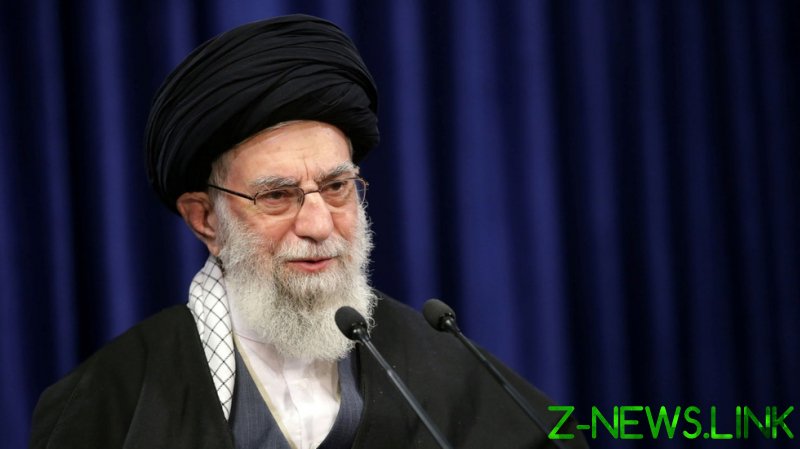 Khamenei’s remarks were posted to his multiple accounts, run in different languages, late on Friday. The Twitter thought police, however, were quick to react, purging the messages it deemed “misleading.”

“Importing vaccines made in the US or the UK is prohibited. They’re completely untrustworthy. It’s not unlikely they would want to contaminate other nations,” Khamenei’s now-removed message on his English-language feed reportedly read. “Given our experience with France’s HIV-tainted blood supplies, French vaccines aren’t trustworthy either.”

His allegations that the UK and US want to “contaminate other nations” apparently triggered the purge. The Persian-language message from Khamenei on the topic – that lacks such a remark – was left standing.

The removal appears to be consistent with the new policies Twitter implemented back in December. Among other things, the updated rules prohibit messages about Covid-19 vaccines containing claims that such drugs are “used to intentionally cause harm to or control populations, including statements about vaccines that invoke a deliberate conspiracy.” While the platform hides the ‘misleading’ tweets, users are also required to remove such messages in order to regain access to their accounts.

The mass deletion of Khmaenei’s messages comes amid a campaign of high-profile censorship waged by the social media platform against US President Donald Trump and his supporters in the aftermath of the Capitol Hill unrest.

Trump’s account has been permanently suspended “due to the risk of further incitement of violence,” while his supporters, including lawyer Sidney Powell, former Trump adviser General Michael Flynn and others, got purged without any official explanation.