Trust women to deliver peace, ‘military interventionist’ Samantha Power says, gets reminded of her own history of promoting war 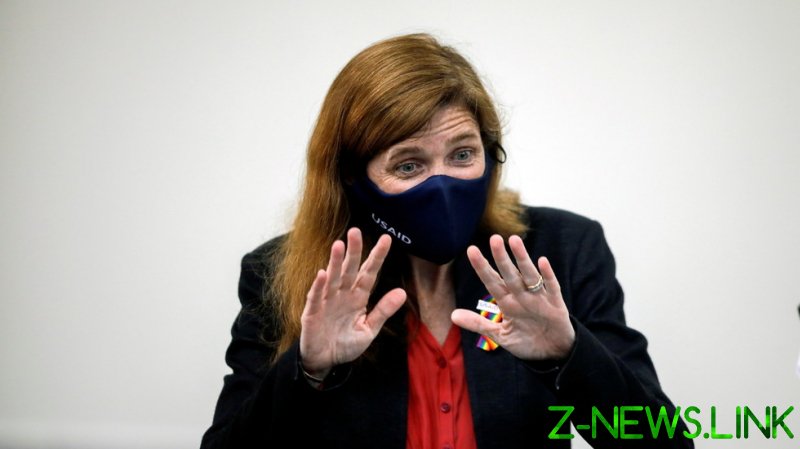 “Good afternoon. I come bearing a simple message: if you want peace in this world, trust women to deliver it,” said Power during a speech on Friday, which quickly inspired ridicule online.

“Samantha Power is proof that this is not true,” reacted one Twitter user, with many people pointing out that Power, who was also a US ambassador to the UN under Barack Obama, is credited with having persuaded the then-president to back military intervention against Muammar Gaddafi in 2011. The move resulted in a rise in terrorism, open-air slave markets, and the deaths of many civilians.

Others noted that many of the world leaders historically responsible for colonialism, including Queen Victoria, were women, while journalist Glenn Greenwald commented that “hearing supreme military-interventionist Samantha Power of all people proclaim women will avoid war is too much irony to bear.”

Besides being an ambassador to the UN, Power served in a number of roles under President Obama, including special assistant to the president and chairwoman of the Atrocities Prevention Board.

In May, President Joe Biden – who served as Vice President during the Obama administration – appointed Power as the administrator of USAID.