Trump will revive the Pershing II to cover the Kremlin 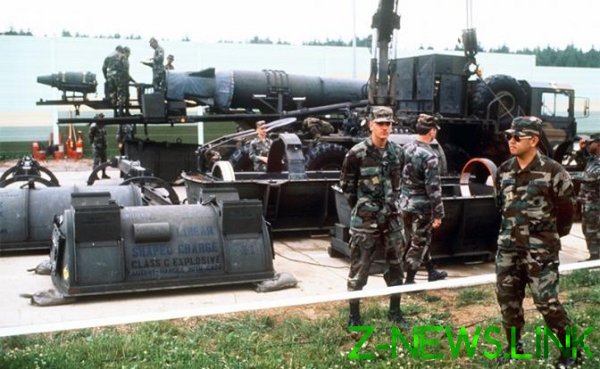 USA already in August will begin testing medium-range missiles, which were previously banned under the Treaty between Moscow and Washington from 1987. On 14 March, Reuters reported, citing a source in the Pentagon.

Tomahawk — the most massive American cruise missile. It is widely used in the us Navy and in Iraq during operation “desert Storm”, and then in Syria. The rocket is available from the beginning of 1980-ies, has a range of from 465 to 2.5 thousand kilometers (depending on modification) and a speed of about 900 km/h Can have both nuclear and non-nuclear warheads. To think, to set the ship’s launcher under the Tomahawk on the truck will not make Americans work.

In addition, according to Reuters, in November the USA will have a brand new ballistic missile, “if you want, Pershing II, the same class,” the source said. Note, this is a surprise: Russian and foreign politicians and experts assumed that so quickly it will not happen.

Pershing II was actively developed in Europe in the 1980-ies and has been eliminated in accordance with the INF Treaty. Curb weight of the rocket was about 7.5 tons, has a range of 1770 km. the Missiles were equipped with the latest W85 warheads with variable capacity from 5 to 80 kilotons.

At the time of the signing of the INF Treaty the United States possessed a total of 247 Pershing II, with 120 of 105 missiles and their launchers were deployed in West Germany. This led to protests of the West German public, which was attended by hundreds of thousands of people.

Reuters added that “if Russia till August will return to compliance with the INF Treaty, the test will be cancelled”. Meanwhile, Moscow has repeatedly stated that the liability for breach of contract lies just on the USA, while Russia all of its obligations performed.

The press Secretary of the head of state, Dmitry Peskov, commenting on the news of the upcoming test, called the expected. “We strongly disagree with any accusations against us that we kept true to the INF Treaty. It was the US, not Russia violated the Treaty. The US is pre-included in draft budget item on research and development work on these missiles, and, of course, the implementation of NIR without testing it is often impossible,” — said Peskov.

For his part, head of the Russian General staff Valery Gerasimov has sharply criticized the us plans. “The recent events testify: US reliance on NATO has begun dismantling the strategic nuclear missile agreements; not without external influence in different parts of the world that the hotbeds of tension and regional instability”, — he said at a meeting of the Committee of chiefs of staffs of armed forces of CIS States.

What is behind the U.S. plans, will the Americans to place medium-range missiles in Europe?

Americans fought a tough advocacy in the direction of the INF Treaty even before the events in Ukraine, — said the expert of the Russian Institute for strategic studies (RISS) Sergey Ermakov. — It was clear that the Americans, this agreement binds, and they have thought through how they will be most comfortable with to act in the absence of a Treaty.

Notice, the US has made a version, if the INF Treaty were radically revised, and it would include States that America in the largest extent concerned.

First of all, China and Iran, which have medium-range missiles. Plus, the Americans would like to bring under the new DRMS and even North Korea.

All of these countries pose a real threat to US allies and American advanced bases. Fears of Washington concerning Moscow always been of a speculative nature.

I think the us tried this way to force us to affect China or Iran to start negotiations on their entry in the INF Treaty. But now, as we see, the situation has changed.

Team Donald trump acts more firmly and decisively. She believes that in the foreseeable future to conclude a new Treaty on medium-range missiles that would fully suit Washington, will not succeed. If so, the hands of the Americans needs to be fully unleashed.

“SP”: — what does the United States ‘ readiness for the tests of medium-range missiles?

— That this class of arms may appear in America in the near future. And this confirms the hypothesis that Americans have always been built in case to renew the INF Treaty in comfortable conditions will not work.

Now they are going to act differently: try to keep unwanted players through the deployment of intermediate-range and shorter-range. And the key point here are the scenarios of use of such weapons.

Judging by the statements of the American side, Russia is still in these scripts is not included. We are talking about China and Iran — on the deployment of U.S. missiles in the Asia-Pacific region and the middle East.

“SP”: — Can the new American missiles to arrive in Europe?

— As for the European theater, the situation for the United States is more serious. Any attempt of the Americans to massively deploy medium-range missiles in Europe — to seriously push them to the forefront will lead to escalation of tension.

Russia in this case does not remain anything other how — in addition to the asymmetric response to reply still and mirrored. That is, to deploy in response to the Russian medium-range missiles.

Clearly, the intensity in this scenario will go overboard, and would have an impact on the European allies of the United States. Notice the Russian medium-range missiles, a direct threat to the US are Americans in this sense have an advantage. If so, both Russia and China will respond more harshly.

I think that the United States would be extremely difficult to obtain an agreed resolution of the NATO on the deployment of missiles in Europe. Yes, the Baltic States and even Poland, perhaps, ready to place on its territory the U.S. missile base, despite the fact that they are sure to come under attack from Russian forces. But other States are reluctant to move in this direction.

I have no idea what you need to do to Trump, to persuade the Europeans. Besides, his reasoning is that Europeans must pay for American bases on its territory, does not add points to the current President of the United States. As part of the European politicians almost openly declares that it is necessary to wait and see who will be the next President of America.

“SP”: — whether medium-range missiles to deter Russia or China?

— Opinions on this matter are contradictory. I think, for US, there is no acceptable scenario for the effective application of such missiles. To contain Russia and China, there are other weapons systems — strategic. And in addition to deploy medium-range missiles, especially nuclear equipment is only to provoke a situation aggravation, and on a new round of conflict relations. 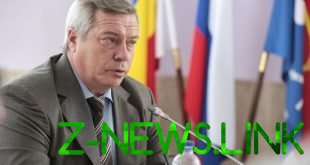