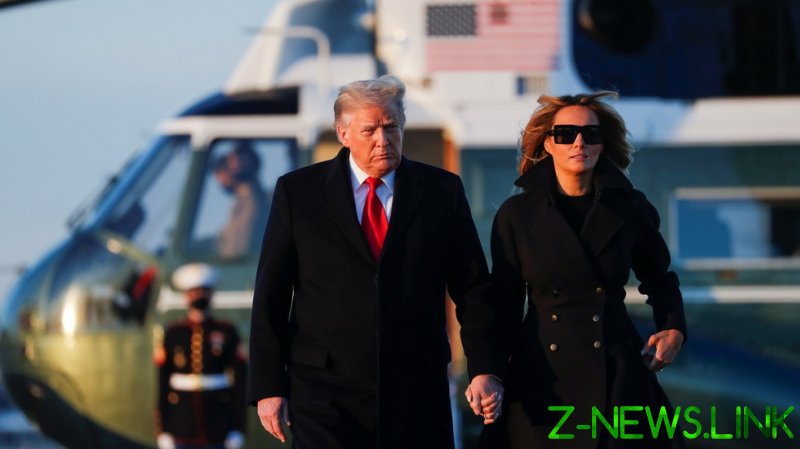 “Unless Republicans have a death wish, and it is also the right thing to do, they must approve the $2000 payments” as soon as possible, Trump tweeted on Tuesday afternoon, declaring that $600 is “NOT ENOUGH.”

He linked a story from the Washington Post of all places – a paper notoriously hostile to Trump – reporting that Senate Majority Leader Mitch McConnell (R-Kentucky) had blocked a motion by Sen. Bernie Sanders (I-Vermont) to pass the CASH Act adopted by the House on Monday, which would raise the amount of the individual payment to $2,000.

Coronavirus relief was packaged in the $2.3 trillion spending bill passed by Congress last week, but Trump objected to the amount of the direct payments as well as multiple other provisions, signing it on Sunday on condition that they be remedied.

Trump’s $2,000 proposal was eagerly embraced by Democrats, who are normally critical of everything coming from the current White House. A tweet by Rep. Adam Schiff (D-California) may offer a hint as to why, however: the party is apparently hoping McConnell blocks it in the Senate, so they can blame Republicans and push their two challengers over the line in the Georgia run-off next Tuesday.

This would give Democrats control of both the House and the Senate, which would explain Trump’s “death wish” comment.

The $2,000 payment isn’t the only issue on which the president is clashing with his party. Earlier in the day, Trump lashed out at the “weak and tired” GOP leadership for joining House Democrats in overriding his veto of the National Defense Authorization Act (NDAA).

“A disgraceful act of cowardice and total submission by weak people to Big Tech,” Trump said on Tuesday morning. “Negotiate a better Bill, or get better leaders, NOW!”

He had wanted the NDAA to remove Section 230, a legal shield that allows social media companies to censor opinions, but instead the Republicans agreed to a Democrat proposal to rename a number of US military bases and block Trump’s efforts to withdraw from Afghanistan, Iraq and Syria.

Perhaps heeding Trump’s words, McConnell has reportedly bundled the $2,000 bill with a repeal of Section 230 and scheduled it for a vote.