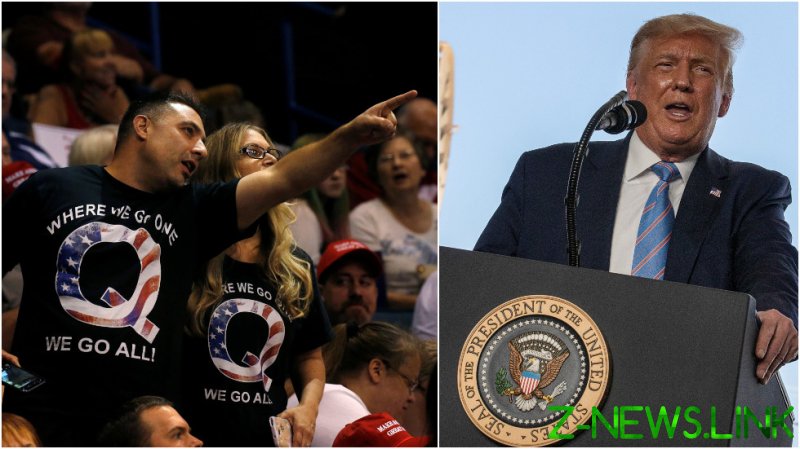 The president was pressed to “disavow QAnon in its entirety” during an NBC town hall on Thursday evening, with moderator Savannah Guthrie stating the group believes Democrats are a “Satanic pedophile ring” and that Trump is the “savior.”

“I know nothing about QAnon. I know very little,” Trump replied, as Guthrie interjected: “I just told you.”

The exchange was prompted by an earlier question from the moderator, who also asked Trump to denounce “white supremacy” – despite numerousstatements from the president condemning racists and hate groups in the past.

Trump also used the opportunity to blast left-wing militants seen rampaging through “Democrat” cities amid a wave of unrest kicked off in May.