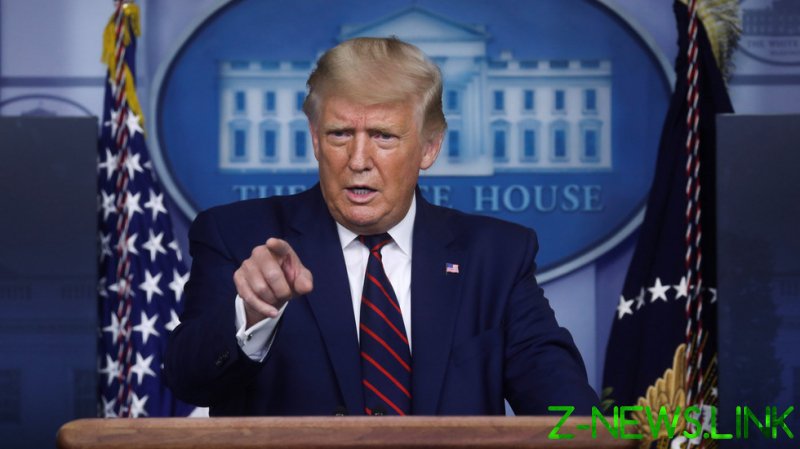 Office of Management and Budget director Russell Vought sent a memo to government agencies on Friday, directing them to suspend ‘critical race theory’ seminars and training. In the memo, he called the controversial sessions “divisive, anti-American propaganda,” that tells white people they “contribute to racism” and “benefit from racism.”

As Trump’s supporters cheered the ban, the president himself doubled down on Saturday. “This is a sickness that cannot be allowed to continue,” he tweeted. “Please report any sightings so we can quickly extinguish!”

Critical race theory has existed in academia since the 1980s, but exploded into the mainstream in recent months, as ‘Black Lives Matter’ protests and riots swept across the US following the killing of George Floyd in Minneapolis in May. Its core concepts are the existence of ‘white privilege’ – the notion that America is founded on “white supremacy” and “institutional racism,” and that all white people must be pushed to confront their own “unconscious racism.”

Some of its most ardent preachers have spun their teachings into a viable cottage industry, with author and academic Robin DiAngelo, for instance, charging upwards of $20,000 to lecture corporate boards on the original sin of whiteness.

Trump’s ban came after a number of conservative reporters revealed that federal employees  – from FBI agents through treasury officials to nuclear scientists – were being ‘educated’ on how to deconstruct their “white male culture.”

While the ban was celebrated by conservatives, some critical race theory fans saw it as proof that Trump is a racist. “It wasn’t a fluke that he just used ‘extinguish,” feminist writer Amee Vanderpool tweeted, as others accused “the Trump regime” of opening up “a new front in its war to perpetuate white supremacy.”