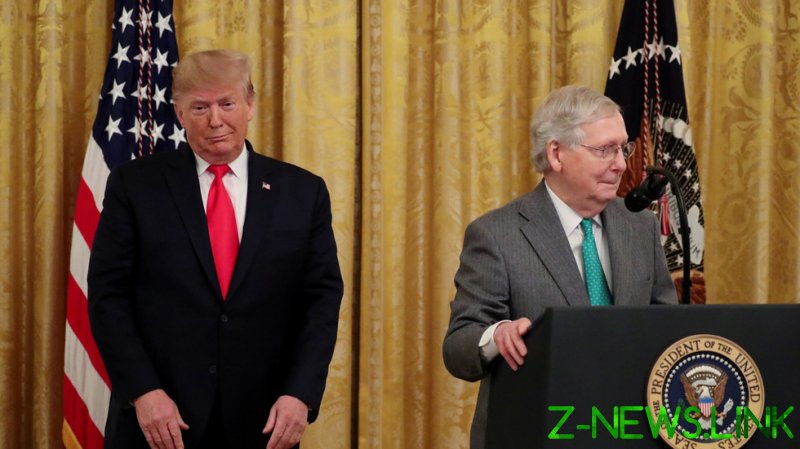 “The Republican Party can never again be respected or strong with political ‘leaders’ like Sen. Mitch McConnell at its helm,” the lengthy statement begins. “McConnell’s dedication to business as usual, status quo policies, together with his lack of political insight, wisdom, skill, and personality, has rapidly driven him from Majority Leader to Minority Leader, and it will only get worse.”

Trump argued that, under his presidency, he helped Republicans to flip 15 House seats while “almost costing Nancy Pelosi her job” in 2020. And in “Mitch’s Senate,” he said, “I single-handedly saved at least 12 Senate seats” over the last two election cycles. Nonetheless, Trump said McConnell had cost the GOP victory in Georgia in the last election.

“Then came the Georgia disaster, where we should have won both US Senate seats, but McConnell matched the Democrat offer of $2,000 stimulus checks with $600. How does that work?” he continued. “It became the Democrats’ principal advertisement, and a big winner for them it was.”

Saying his “only regret” is that he handed McConnell an endorsement during his 2020 Senate race in Kentucky, Trump vowed to support Republicans backing his ‘America First’ policy agenda and challenging establishment candidates in GOP primaries.

“Where necessary and appropriate, I will back primary rivals who espouse Making America Great Again and our policy of America First. We want brilliant, strong, thoughtful, and compassionate leadership,” he said, calling McConnell a “dour, sullen, and unsmiling political hack.”

This is a big moment for our country, and we cannot let it pass by using third rate “leaders” to dictate our future!