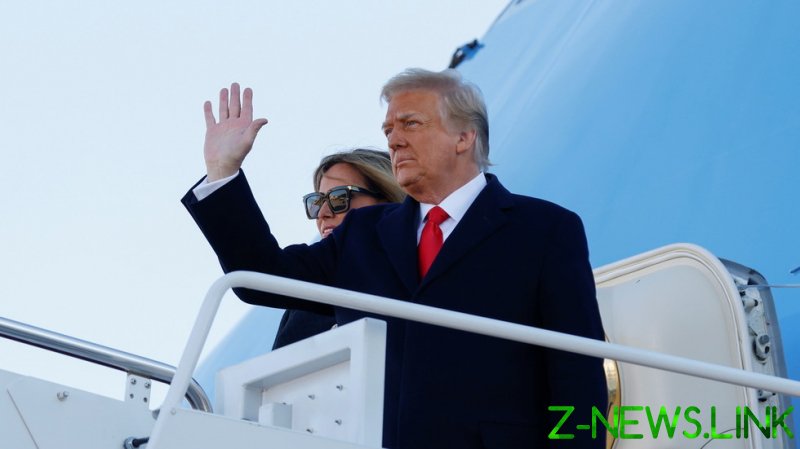 According to the latest poll, released by ABC/Ipsos on Sunday, 56 percent of the public wants to see Trump impeached and convicted for his alleged role in the US Capitol riot on January 6.

The former Republican president is accused of inciting an insurrection, with critics pointing to a speech he gave in DC not long before events at the Capitol transpired as him pushing supporters toward violence. During his speech, Trump continued to push election fraud claims and told the crowd to “fight like hell.” Some of those supporters would later break into the Capitol and five people would end up dead.

Trump did send out multiple public messages during the chaos, telling people to “go home” and blasting the violence.

While 56 percent believe Trump should be convicted and barred from ever holding public office again, 43 percent oppose this, showing there is still a sharp split of opinion on the man among the public. Support for conviction, however, does appear to be on the rise as an ABC/Washington Post poll from last month showed those in approval of impeachment to be at 47 percent.

It should come as no surprise that the vast majority of Republicans remain against the impeachment trial, while the opposite is true for Democrats. According to data from the Ipsos poll, only fifteen percent of people identifying themselves as Republicans supported Trump being convicted. On the flip side, 92 percent of Democrats want him convicted. Among Independents, there is a more even split, with 54 percent responding positively to a conviction, and 45 percent taking a stand against it.

The overall rise in support for a conviction, according to ABC’s polling, has Trump critics ecstatic and celebrating on social media, using the narrow majority as their proof that Trump will be convicted and the public is behind the former president going through an impeachment trial.

In order for Trump to lose his impeachment trial, 17 Republican senators would need to join all 50 Democrats in voting to impeach him. It remains to be seen if Democrats can drum up that much support from the other side, but some senators, like longtime Trump critic Mitt Romney, have indicated voting for impeachment is at least a possibility for them.

Ipsos’ poll was conducted among 508 adults and has a margin of error of 4.8 percent.