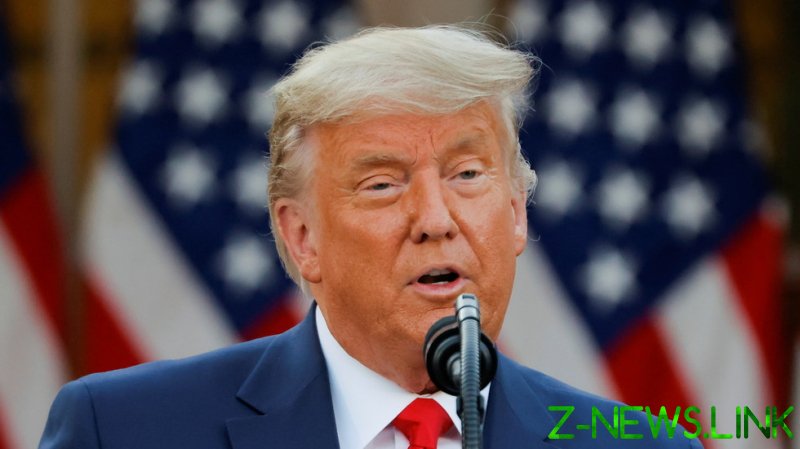 Trump began Monday morning by tweeting “I WON THE ELECTION,” before calling the ongoing recount in Georgia “fake” – a complaint leveled in recent days by the president and his supporters, due to the fact signatures on ballots aren’t being checked against voter rolls. He then called on his followers to watch One America News Network, his preferred conservative channel since Fox News drifted away from giving him its usual sympathetic coverage.

The election having been dispensed with, Trump turned to the Covid-19 pandemic, and the news that pharmaceutical firm Moderna’s vaccine candidate has proven 95 percent effective in late-stage clinical trials.

“For those great ‘historians,’ please remember that these great discoveries, which will end the China Plague, all took place on my watch!” he tweeted.

Trump can probably claim some credit for Moderna’s breakthrough, as the company’s research was funded by his administration’s Operation Warp Speed – a $10 billion program aimed at fast-tracking a vaccine.

Moderna’s announcement was the second major revelation concerning vaccines in a week. Pfizer announced last Monday that its vaccine was found to be more than 90 percent effective in clinical trials. The pharma giant did not use government money to develop the vaccine, but took $2 billion from the Trump administration for its mass production and distribution.

Twitter’s censors ignored Trump’s boasting and focused on his election-related tweets instead. “Official sources called this election differently,” read a label over his tweet claiming victory, while his “claim about election fraud” was labeled “disputed.”

The platform has been labeling Trump’s tweets about alleged fraud since before election night, beginning when he warned that mass mail-in voting would lead to a “rigged election.” Facebook, YouTube, and Instagram have also all clamped down on posts questioning the “integrity” of the election, amid outrage and claims of fraud from conservatives.