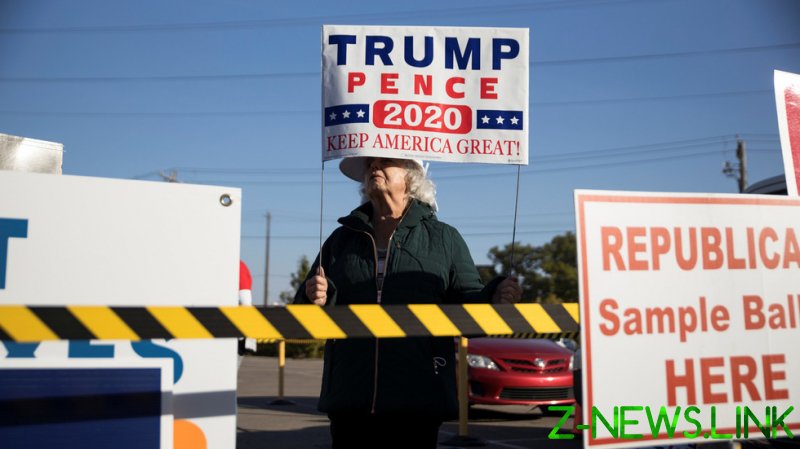 Pelosi (D-California) is asking for $2.4 trillion to bail out “poorly run, high-crime Democrat states” funding that is entirely unrelated to the virus, Trump tweeted on Tuesday afternoon.

“I have instructed my representatives to stop negotiating until after the election when, immediately after I win, we will pass a major Stimulus Bill that focuses on hardworking Americans and Small Business,” he added.

The president’s announcement comes mere hours after Federal Reserve Chair Jerome Powell urged lawmakers to pass a massive stimulus bill, warning of a “tragic” scenario in which “a long period of unnecessarily slow progress could continue to exacerbate existing disparities in our economy.”

Pelosi was quick to quote Powell as proof that the bill was “long overdue,” demanding that Republicans agree with her proposal.

“Chairman Powell’s warning could not be more clear: robust action is immediately needed to avert economic catastrophe from the devastation of the coronavirus pandemic,” she said in a statement.

Stocks dropped precipitously following Trump’s announcement, having recovered on Monday at the news of his return from hospital after Covid-19 treatment. Dow Jones lost almost 500 points, Nasdaq was down more than 200, and S&P 500 lost 60 points. 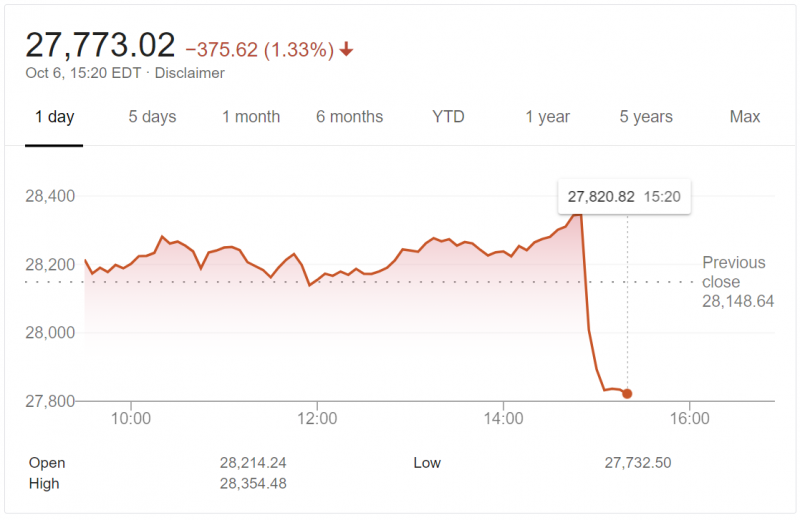 Trump had just tweeted that the US economy was “doing very well. The Stock Market is at record levels, JOBS and unemployment…also coming back in record numbers.”

After Trump’s announcement, Pelosi accused the president of “putting himself first at the expense of the country” and being “unwilling to crush the virus, as is required by the HEROES Act.” She did not elaborate how the proposed stimulus would “crush” anything except the national deficit.

With four weeks to go before the election, Pelosi and Treasury Secretary Steven Mnuchin have been deadlocked in talks about the next stimulus bill, as the one originally passed in April has long since run out.

Democrats have put forward what they call the Health and Economic Recovery Omnibus Emergency Solutions (HEROES) Act. Estimated at $3.4 trillion in May, Pelosi cut it back to $2.2 trillion ahead of the talks with Mnuchin. The original proposal was rejected by Republicans as a partisan wish list, however, and the revised version is no different, McConnell has argued.

The original coronavirus stimulus provided for a payment of up to $1,200 to every American taxpayer, and a $600 weekly unemployment benefit to those laid off due to the lockdowns. That funding has largely been spent.

Though the original stimulus was a bipartisan effort, subsequent bills ended up being political footballs, with Democrats holding them up on multiple occasions to ensure their social priorities were included. Mnuchin has repeatedly overridden congressional Republicans to give the Democrats most of what they wanted, but it appears this time that won’t be the case.