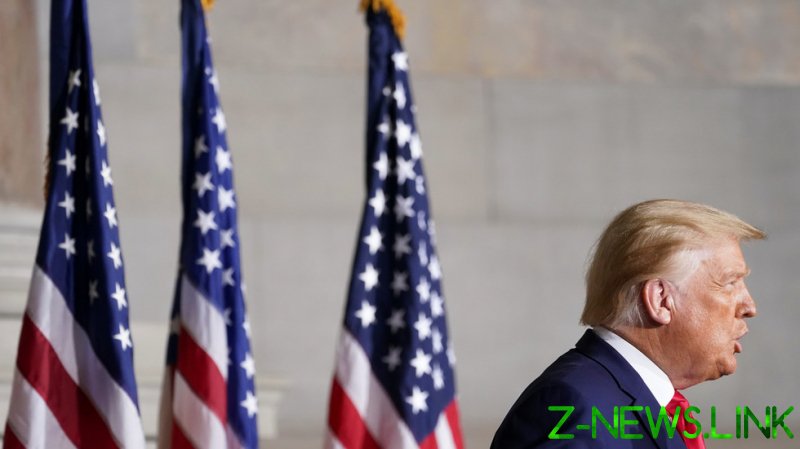 Speaking on Thursday on the occasion of Constitution Day – the anniversary of the US founding document being signed in 1787 – Trump denounced the radicals who seek to “demolish this treasured and precious inheritance,” specifically naming critical race theory, the 1619 Project, and Howard Zinn’s ‘People’s History of the United States.’

“The left-wing rioting and mayhem are the direct result of decades of left-wing indoctrination in our schools,” Trump said, referring to unrest that began at the end of May and spread across the country ostensibly in name of racial justice.

Calling the US “the most fair, equal and prosperous nation in human history,” Trump said that Americans will never submit to “tyranny” of cancel culture and will “reclaim our history, and our country, for citizens of every race, color, religion and creed.”

As a specific measure to achieve this, he announced the establishment of a presidential commission on patriotic education, called the “1776 commission” after the year the original 13 American colonies declared independence from Britain.

The New York Times embraced the 1619 project last year, as part of a pivot from ‘Russiagate’ conspiracy theories to accusing Trump of racism. The author of its flagship essay, Nikole Hannah-Jones, was rewarded with the Pulitzer Prize in March.Through the partnership with the Pulitzer Center, Hannah-Jones’s work has already been distributed to thousands of US classrooms. Her essay had to be corrected several times, however, as it inaccurately claimed – among other things – that the American revolution was fought to preserve slavery.

In response to the White House releasing excerpts from Trump’s speech, on Thursday, some mainstream media outlets rallied to condemn his criticism of the 1619 project and declare Hannah-Jones a “national treasure.”