Home / policy / Trudeau made a statement on the Holodomor

Trudeau made a statement on the Holodomor 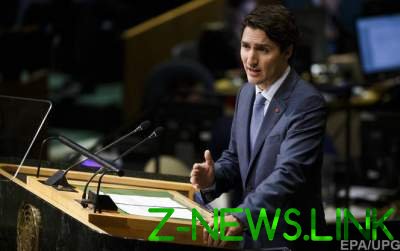 He called the famine one of the darkest pages of human history.

“Together with the victims of the Holodomor and their descendants, we recall and condemn this shameless act. The memory of history is our greatest safeguard against the recurrence of such,” said Trudeau.

He called the famine one of the darkest pages of human history.

“It was a failed attempt to destroy the identity and will of the Ukrainian people”, – said the Prime Minister.

Trudeau also stressed that canadian support for Ukraine to reform.

“We also reaffirm our unwavering support for Canada, Ukraine, its sovereignty and territorial integrity and the reforms implemented by the government to enhance the security and prosperity of the people,” said Trudeau.