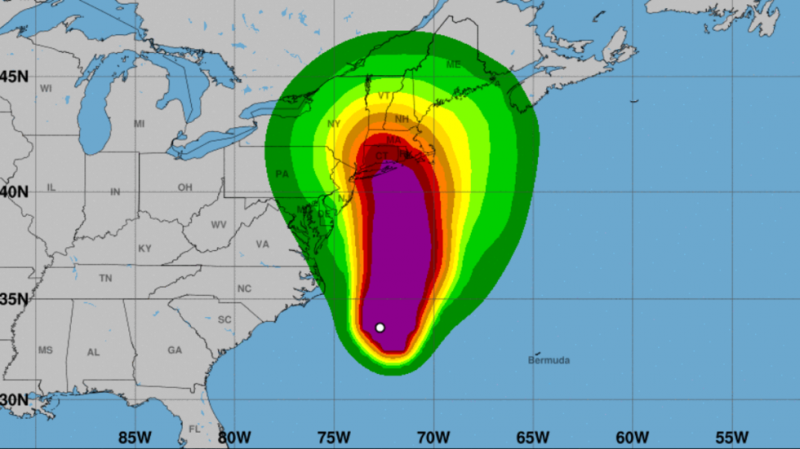 Severe weather warnings have been issued across the northeastern US, as Hurricane Henri tracks northwest across the Atlantic. Henri was upgraded from a tropical storm to a hurricane by the National Hurricane Center on Saturday morning, and is expected to make landfall on Sunday.

Henri is currently bringing wind speeds of around 75mph (120kph) toward the US, and is expected to strengthen as it nears land. Storm surge warnings have been issued from New York to Massachusetts. The governors in these states, as well as in Connecticut and Rhode Island, have advised against unnecessary travel. Connecticut and Massachusetts have also called up members of the National Guard to active duty in preparation for Henri’s arrival.

Heavy rainfall is expected, with the National Hurricane Center warning of up to 10 inches of rainfall in some areas. “Heavy rainfall from Henri may result in considerable flash, urban, and small stream flooding,” the center advised, adding that “a tornado or two” may occur in New England on Sunday.