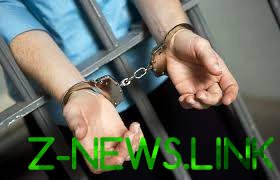 In the capital arrested a man for the murder of three people.

All the victims were connected by friendship or kinship ties. About it reported in sector of communications of the regional police.

The bodies of two men were discovered in a forested area on the territory Asokoro. And the body of the 63-year-old deceased (the mother of one of the men) found the apartment on the street Sanatorium.

“The reason for the murder of the first victim were long hostile relationship and the desire for revenge. Two more people from the inner circle of the slain suspect is deprived of life because they were aware of the fact of his meeting with the victims”, – told the police.

Read also: In Kiev, a man beaten to death by a friend and fled

The suspect is 37-year-old resident of the capital, previously convicted for premeditated murder and of committing acquisitive crime. The offender is already reported about suspicion.