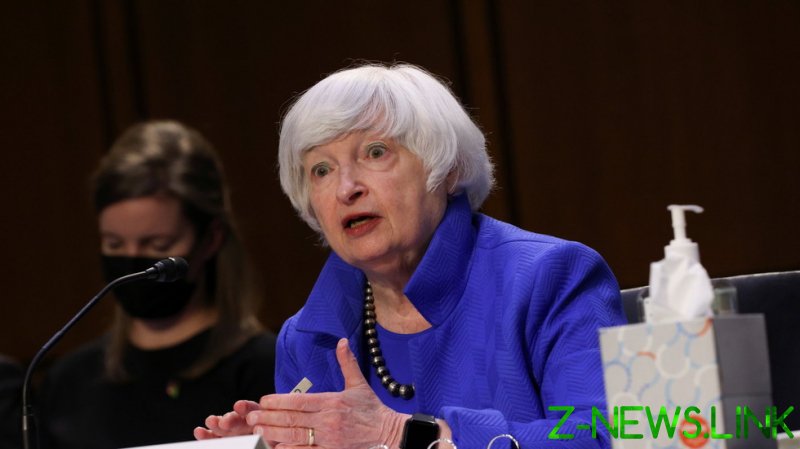 “We now estimate that Treasury is likely to exhaust its extraordinary measures if Congress has not acted to raise or suspend the debt limit by October 18,” Yellen wrote in a letter, released Tuesday, to House Speaker Nancy Pelosi (D-California) and other congressional leaders.

Failure to raise the debt ceiling, Yellen said, would lead to the US defaulting on its debts and the Treasury Department “depleting” its “very limited resources.”

“It is imperative that Congress swiftly addresses the debt limit. If it does not, America would default for the first time in history,” Yellen warned. “The full faith and credit of the United States would be impaired, and our country would likely face a financial crisis and economic recession.”

Yellen said in Tuesday testimony that not raising the debt ceiling would also lead to massive interest rate spikes that would create economic “calamity” for the US, which will be unable to meet its commitments.

Republicans and Democrats have failed to reach a consensus on the debt ceiling, with Pelosi and Sen. Chuck Schumer (D-New York) recently calling to suspend the debt limit, saying it should be a “bipartisan responsibility.”

In a statement last week, Pelosi put the blame entirely on Republicans, saying the party’s leadership is “welcoming” an economic disaster.

“Now, as Minority Leaders McCarthy and McConnell welcome a disaster they both know is coming, Republican luminaries, former Treasury Secretaries, business groups, and top economists are joining the growing chorus of Americans demanding that they stop putting politics over the health of the U.S. economy,” she said.

Yellen’s comments come after Senate Republicans worked to block a House-passed bill to suspend the debt limit and fund the US government until December of next year.

The vote fell to 48-50, with no Republicans voting in favor. Schumer promised “further action” this week, but has not specified what exactly that will be.

Sen. Mitch McConnell (R-Kentucky) and other Republicans have meanwhile argued it is the Democrats’ sole responsibility to raise the debt ceiling as they are the majority party.

“Let me make it abundantly clear one more time: We will support a clean continuing resolution that will prevent a government shutdown… We will not provide Republican votes for raising the debt limit,” McConnell said on Monday ahead of the Senate’s vote. “Republicans are not rooting for a shutdown or a debt limit breach.”