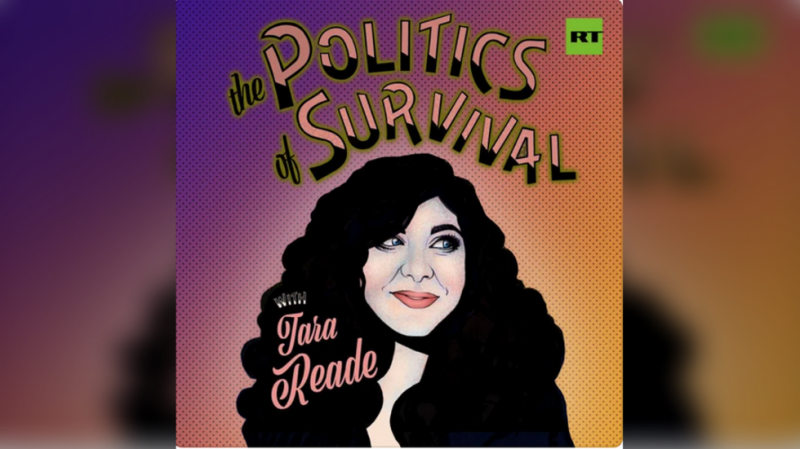 “He can’t stop,” Zenkus told Reade in their discussion about the US president, titled ‘The Politics of Trauma’. “I think these behaviors are predatory.”

The alleged “behaviors” Zenkus refers to have been highlighted heavily by both himself and ‘Politics of Survival’ host Reade, who accused Biden of sexually assaulting her in 1993 while she was working for him. Seven other women have also publicly accused Biden of sexual assault and harassment. The president has denied the allegations against him.

Beyond the numerous allegations of sexual misconduct against him, Biden has also long been mocked and criticized for his public gaffes, which can sometimes be physical and come down to Biden awkwardly touching others around him. One video highlighted by Zenkus shows a number of such occasions, all of them involving children.

The actions, Zenkus says, have been well-documented for years, long before Biden ever became president, citing a 2015 ‘Daily Show’ segment poking fun at then-Vice President Biden’s habit of unwanted touching.

“This is not new to them,” Zenkus says of the media and Biden supporters, many of whom attacked him online after he narrated the video highlighting why Biden’s actions were inappropriate.

Despite years of complaints, Biden’s tendencies continue, making Zenkus claim, “I think these behaviors are predatory.”

Referring to Biden’s supposed violations as a “known secret,” Reade turned to her own accusation against the former senator, saying he’s long had a “lack of attention to boundaries” and is only seeking “control and power and that’s it” through his actions.

Zenkus, who has worked at multiple crisis centers and with trauma victims for years, said he found himself believing Reade’s story after both listening to an interview with her and later speaking to her himself.

“I was pretty floored, because my training and what I do to train other professionals, one of the things is understanding how victims of trauma communicate,” he said, “and you sounded, Tara, like so many other survivors of sexual violence that I’ve spoken to throughout my professional career and also in my personal life, and you spoke about your trauma in a way that is very telling for anyone who knows how trauma memories are stored.”

One specific detail that stood out in a later conversation between the two was Reade describing a “chemical smell” stemming from her alleged assailant, a smell she later found hard to wash off.

“Sensory memories” being connected to traumatic experiences, Zenkus said, is “very common” among victims when they recall assaults, smell being among them.

Over three more episodes, Reade will continue her insightful discussions with experts about the uphill battles survivors face in the modern world in the face of flawed and failing institutions.

‘The Politics of Survival’ series is available on Spotify, Apple, Stitcher, Podcast Addict, Podchaser and Amazon.