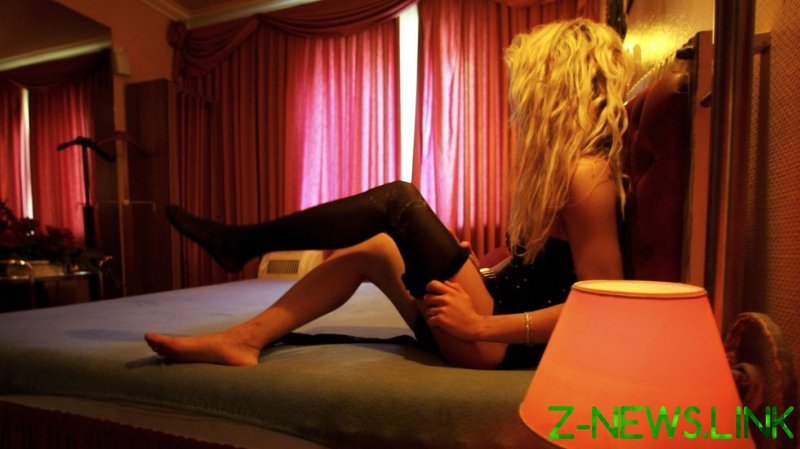 As euphemisms go, ‘sex worker’ is right up there with ‘collateral damage,’ ‘alternative facts’ and having a ‘number two’ – such is the detachment the phrase has from the reality it masks.

On the one hand, ‘sex worker’ conjures up fantasies of hot, high-end, happy Hollywood hookers a la Julie Roberts in ‘Pretty Woman’ or Jamie Lee Curtis in ‘Trading Places’. You know the type: sassy, go-getting, independent women who work hard for their money and have ambitions to ‘retire’ early and stick their six-figure savings into a trout farm, the bond market or whatever it is fake-believe Pygmalions do with their imaginary dough.

But on the other hand – the hand I’ve seen jacking off kerb-crawling creeps for crack money in cities all around the world – ‘sex work’ is basically ‘sex slavery’ as the women, and occasionally men, I’ve reported on have few, if any choices, or the possibility of respectable on-target earnings, bonuses, career advancement, holiday pay, a pension scheme, private healthcare, union or association membership or tax breaks. You know, the boring stuff we commonly associate with a job.

Sex might be a lot of things, but it certainly ain’t work, even if you are having scrunched-up tenners thrown in your face as you pull up your knickers and dust yourself off. Forgive me for being crude, but let’s call out the ‘oldest profession’ for what it really is: prostitution.

What we’re talking about here is the rental of a vagina or an anus – by the minute – by lurid punters who are nothing less than modern slavers thanks to their capacity for trading flesh as though women, and increasingly young men, are livestock.

Hence why the academic seal of approval given to prostitution this week by Durham University is yet another disturbing case of attempting to normalise a thoroughly abnormal practice, at best to appease bourgeois liberal thinking, at worst to bring fresh meat to market via vile indoctrination.

Aimed at students who find themselves “working in the adult sex industry” the Russell Group university has backed a Durham Students Union (DSU) email advertising two levels of the course, which was sent to the 20,000-plus student body and university staff. Decrying it as “legitimising a dangerous industry,” Minister for Higher and Further Education Michelle Donelan said Durham was “badly failing in their duty to protect”.

The university claims, however, that the training is important to “ensure students can be safe and make informed choices” having identified an “emerging trend” of students selling sexual services, presumably to cover mounting debts, which according to the UK government averages out at £47,000 after graduation.

While no one doubts Durham’s worthiness when it comes to its sex-selling students’ health and safety, such bizarre initiatives are what happens when rights trump responsibilities and the dark side of wokeness, identity politics and libertarianism career into each other like an intellectual car crash.

Just as cognitive dissonance allows power-crazed loons to believe that bombing a society back to the Stone Age in the name of ‘democracy’ is a just cause, Durham University and its ilk are putting their students, and by extension other young and impressionable people, on a road to ruin, despite good intentions. Any socially liberal whacko, crazed libertarian or common or garden misogynist can invent Emperor’s New Clothes ‘debates’ or training programmes or media white noise suggesting prostitutes ‘want to do it’ or are ‘providing a service’ or ‘make good money’. Using philosophy, ‘freedom of expression’ and in Durham’s case, academic legitimacy, to frame prostitution as an individual rights issue is socially irresponsible, morally questionable and ethically unsound. Universities have a duty of care to keep their students off the street, not have them walking it.

Having reported on the nexus between crime, drug addiction and prostitution, and worked as a producer with countless prostitutes, escorts and rent boys on the groundbreaking Channel 5 series, ‘The Sex Business’, I’ve spent plenty of time with vulnerable, tortured souls who were forced ‘on the game’ as children, sometimes even by family members. Inhabiting a world in which violence is an everyday occurrence, they turn to alcohol and drugs to numb the pain of being used and abused. This is the reality for the bulk of the 60,000 to 80,000 mainly women involved in prostitution in the UK.

One prostitute I got to know in a notorious North London red light district wound up on the street after fatally shooting her abusive father as a teenager. In 2015, she was stabbed multiple times by a john who turned violent when he couldn’t maintain an erection. He had paid £15 for her ‘work’. She wound up on life support, while her attacker was eventually jailed for attempted murder. Hardly what I’d call ‘another day at the office’.

There are those who will argue that the sale and purchase of ‘sexual services’ between consenting adults, at least in England and Wales, is legal, and that not all ‘sex work’ is prostitution. Fair enough. I’ve met many men and women involved in various forms of pornography, for instance, who make a living from what Durham and others, again, euphemistically describe as “the adult sex industry,” a term that also rankles, not least because it implies there is a “non-adult sex industry” out there somewhere from which they disassociate themselves. Hmm.

Just as meat eaters shouldn’t consume anything they couldn’t conceivably kill for themselves or their dependents, carnality dictates that loudmouthed men, yapping liberal elites and middle-class soothsayers should practise what they preach.

If these pontificators think prostitution is legitimate ‘work’ how many of them would have their daughters or sons intern on the streets of London, New York or Mumbai for a couple of weeks turning tricks? I don’t think you need to be a university don to work out the answer to that one.