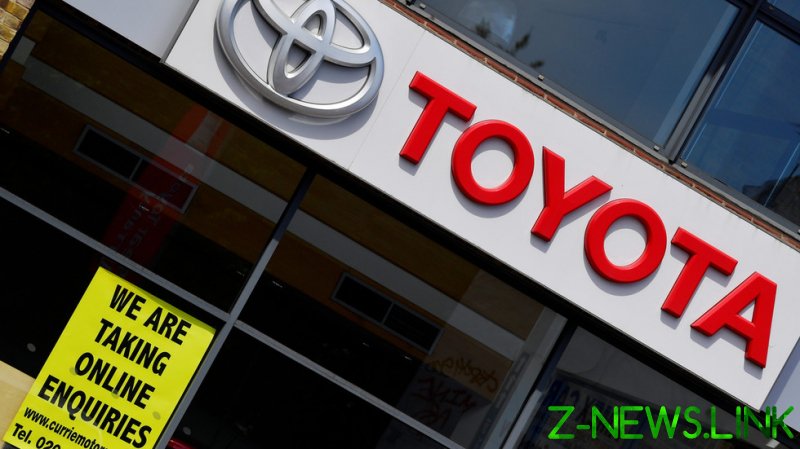 The Japanese company has reportedly turned out to be the biggest current corporate donor behind Republicans who objected to Joe Biden’s victory in certain states during the 2020 presidential election. That’s according to a scoop from Axios, which cites data from Citizens for Responsibility and Ethics in Washington (CREW), a non-profit watchdog chaired by Bill Clinton’s former White House Counsel Beth Nolan.

Despite many companies re-considering their donations after the January 6 Capitol riot, Toyota gave $55,000 to 37 Republican lawmakers who voted not to certify Joe Biden’s victory, according to CREW.

Toyota responded to the report by telling Axios: “We do not believe it is appropriate to judge members of Congress solely based on their votes on the electoral certification.”

This response quickly led the company to the top trends of Twitter, with Democrats and their supporters vowing to never buy a Toyota.

“Toyota, are you FOR or AGAINST sedition?” Jon Cooper, a co-founder of ‘Democratic Coalition Against Trump’, wrote. “Trust me, your choice today will have long-term consequences for your reputation and your bottom line well into the future.”

However, on the conservative side, the revelations had the opposite effect. “This makes me like Toyota,” Brigitte Gabriel, a founder of ‘ACT for America’, tweeted.

In its response to Axios Toyota also admitted that it has re-evaluated its donation strategies: “Based on our thorough review, we decided against giving to some members who, through their statements and actions, undermine the legitimacy of our elections and institutions.”