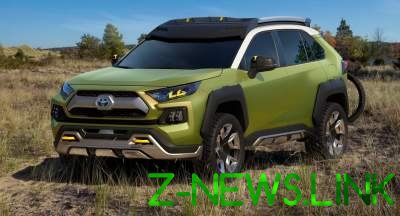 He can easily remember.

A car equipped with special cameras that can record all travel of its owner, allowing you to instantly share good shots in social networks. Toyota unveiled a concept SUV called the Adventure of the Future Toyota Concept (FT-AC).

Premiered at the auto show in Los Angeles. The Japanese company explained that the model aims to demonstrate how high-tech SUV can be used to support an active lifestyle.

A small experimental FT-AC features wide wheel arches, an unusual “foglights” that can be removed and used as lanterns, as well as integrated in the roof led lights. In addition, the car received a number of off-road elements, including additional underbody protection, tow hooks and 20-inch wheels capable of providing sufficient ground clearance. For lovers of an active lifestyle, there are special mounts for bikes and roof rack. The main feature of the concept was a system for automatic recording — video or photo — journeys. Specifically for this purpose, the side mirrors have integrated cameras (they can also be removed) will be able to shoot even in the dark. It is reported that system will send all recorded information to the cloud storage where the owner will be able to share good shots in social networks. The equipment of the vehicle also assumes the function of geolocation that determines the exact coordinates of the SUV. Therefore, to get lost in the forest during off-road adventures in FT-AC will be problematic.

On the technical characteristics of FT-AC is almost nothing reported. It is noted that such a vehicle would advanced all-wheel drive system with thrust vector control, and in the line of power units can be diesel engines, and hybrid.

Note that while the FT-AC is the staus of a design project, whether there will be real prototype and whether the vehicle is implemented in a series, are still unclear.

See also:  Bristol Fighter, equipped with a V10 engine from a Dodge heads for sale 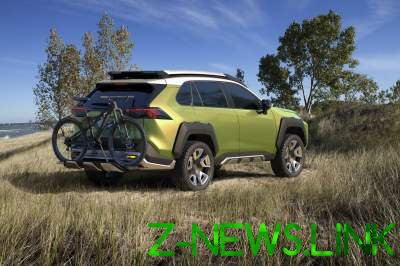