Toyota announced the release of the new Land Cruiser Prado 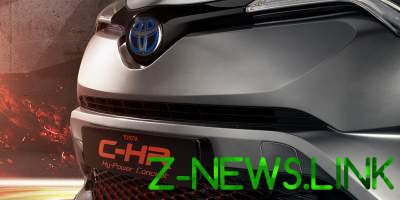 The Japanese company told about their new products for the Frankfurt motor show.

Toyota has announced the new that will show in the Frankfurt motor show on September 12. The Japanese will bring to the motor show the conceptual hybrid crossover, and SUV Land Cruiser next generation. About it reports a press-service of the automaker.

Toyota will show in Frankfurt the prototype CH-R Hy-Power developed in the European design center of the Japanese brand. The concept car will be called to give an idea of future hybrid cars. The structure of the power plant has been kept secret. Currently Toyota offers a hybrid modification of the CH-R, which is equipped with a 1.8-liter gasoline engine, electric motor and CVT. In sum, the units give 120 HP.

In addition, at the motor show to debut the updated Land Cruiser Prado SUV. At the moment it is known that the car will retain the frame structure.

Also the Japanese will show in Frankfurt a front-wheel drive hot hatch Yaris GRMN equipped with a 205-horsepower 1.8-liter unit with a motorized supercharger, and a new wagon version of the Auris Touring Sport called Freestyle.