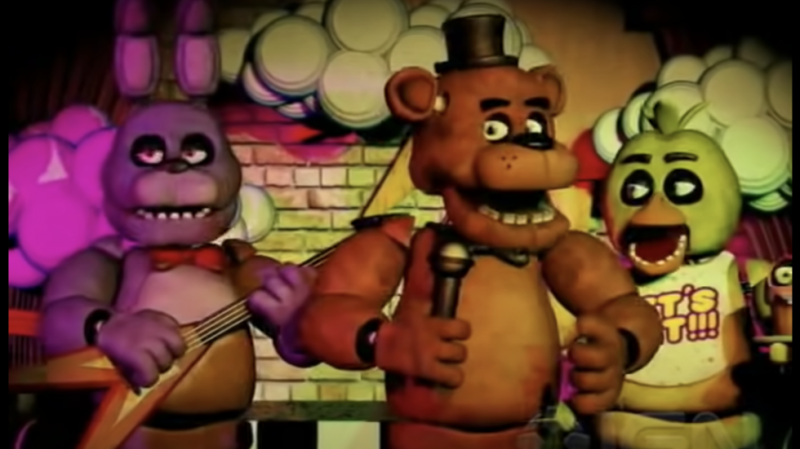 Earlier this year the press constructed a scandal from practically nothing and became a contributing force behind the retirement of Hogwarts Legacy designer Troy Leavitt. Not long after, following the creation of another non-troversy, I described a pattern of escalation within game journalism. One which sees a tight-knit group of writers becoming further emboldened in their attempts at destroying anything which upsets their sensibilities. And this week my claims were only reinforced as the medium’s infestation of ideologically aligned leeches successfully drained the life force from Scott Cawthon, the creator of Five Nights at Freddy’s – a 2014 horror video game that’s gained worldwide popularity.

The inciting incident of all of this is a Twitter post from a notorious bad-faith actor within the online sphere who dug into Cawthon’s political donations via Open Secrets, and with funds sent towards Tulsi Gabbard, Mitch McConnell, Ben Carson, and Donald Trump, various members of the press ran with the ball and quickly painted him as an anti-LGBT bigot.

Headlines and articles from the usual suspects all include a variation of the line that he supports anti-LGBT politicans, but as he has explicetly explained, his political donations were towards individuals who he believed were best for the economy and/or Amercian interests at home and abroad. It had nothing to do with gay stuff. It’s also important to note that nowhere within Scott’s history has he publicly condemned homosexuality, and he has instead openly praised his community’s vast diversity. Something the Five Night’s fandom is widely known for.  But as a Christian Conservative male within the gaming sphere it was only a matter of time before the sights were set on him, and with rainbow mallets in hand the press weaponized queer identities as a means of justifying their bludgeoning of an innocent man.

Which only highlights the disingenuity of modern game journalism, but tragically with no unified force pushing back against them, their tactics pay dividends, and now the FNAF creator has chosen to step aside from his franchise amid a deluge of abuse sent towards him and his wife.

As Scott revealed within a Reddit post, not only has he been doxxed, but people are threatening to come to his home with the intent to inflict harm. Threats which are negatively impacting his wife, who is already struggling with a difficult pregnancy. Understandably, this has upset Cawthon, as the health of his baby is on the line.

This is the environment many game journalists are helping to build. A truly disheartening state of affairs, as by all accounts Scott Cawthon has been a positive force within the gaming medium. Not only does he share a deep love of his community, but he promotes many good causes. Throughout the years he has used his financial success to contribute funds to St. Jude Children’s Research Hospital, and he has a habit of surprising charity streamers on Twitch with donations ranging from $500 to $250,000. All told he has donated well over a million dollars. Yet upon announcing his retirement, the bullies within game journalism only laughed and celebrated.

Ha ha ha, a family is getting death threats and the health of an unborn baby is on the line, how funny…

This should make people furious. There is a definable group of individuals from across every mainstream gaming outlet who are using their vast platforms to ruin the lives and careers of anyone who doesn’t share their social and political views. And as much as they deny it, they clearly take a sick pleasure in watching the widespread doxxing and abuse of those they target. It is cancel-culture run amok, and as I continue to point out, there is a troubling pattern of escalation stemming from this clique and it’s only a short matter of time until they settle upon their next target. Because of this there can no longer be any dilly-dallying about: it is time for people to step up and defend the creators within this hobby who find themselves at the end of the media’s short barrel.

More explicitly, what I’m saying is, it’s time to bully the bullies with their very own tactics. Good people don’t hunt down innocent game developers, let alone those who champion positive causes like St. Jude’s, and it’s high time the clique got a taste of their own medicine. I mean, we all know they have skeletons within their own closets, and it certainly wouldn’t be a shame if those came up for air.

So pick up the light and start digging.