Home / Travel / Tourists are told that you need to see Slovenia

Tourists are told that you need to see Slovenia 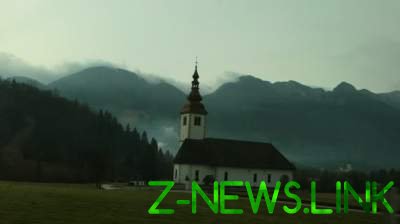 It is a small country you can cross on great roads about three hours. But in order to get acquainted at least superficially, you can spend here a week. Slovenia has a surprise — even if you are nothing but names, nothing.

Here are just a few facts. Generation, those over 40, the Slovenian landscapes familiar from his films about the Indian chief winnetou, a youth — kinoskazka “Chronicles of Narnia”. The oldest vine (400 years old) located in the Slovenian town of Maribor. Breed horses lippizaner, known for the Spanish riding school in the Vienna Hofburg, created in 1580 in the town of Lipica. Well, a “country-chicken” Macao called because of the shape of the borders, resembles a running chicken. The bird’s beak faces East, towards the border of Hungary and Croatia, over her back, under Austria, and tail she turned to Italy.

BLED. Natural landmark №1 in Slovenia. The man managed to enter the mountains surrounding the lake are several buildings (the main of which is the Church of the assumption on the island and Bled castle) very well. They are only supplemented what was already created by nature. Another unique phenomenon were local boats: they are called “Pletnev”. Say, because of the canopies are now made of cloth, and before that it was braided. Such boats are found only on lake bled, and they are recognizable as gondola in Venice. Pletnev is driven by a pair of oars. The boatman stands in the stern Pletnev and rowing standing up. While rowing is distinct, but here the existing technique. 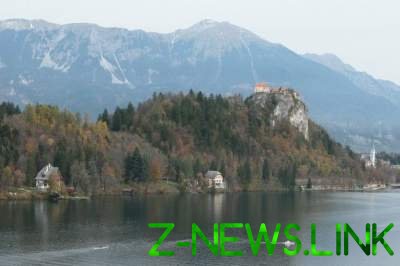 Bled. The silhouette of the castle on the rock is the most recognizable Slovenian landscape. Photo: Mazur

BOHINJ. Large mountain lake in the national Park “Triglav”. To come here is for the whole day, in order to make a boat trip on the lake, a walk to the Savica falls, and then climb by cable car to mount Vogel. 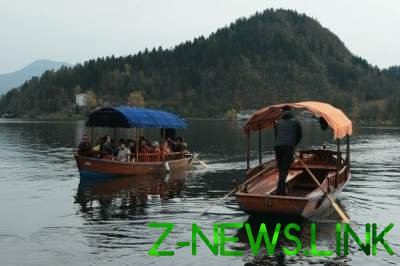 Pletnev. This boat can only be seen in Slovenia at lake bled. Photo: Mazur
Spa resorts: magnesium water and peat from the mountain bogs

About Spa resorts in Slovenia, we know much less than of Hungarian or Czech. While curative and thermal waters are found everywhere here. Almost every region has several Spa resorts with underground hot mineral water. Depending on the natural conditions of a specific region, the therapeutic effect of water is enhanced by other factors. Thus, the Terme zreče (ski coincides geographically with the region of Rogla) is peat from the mountain bogs. But the most famous Slovenian in the world is the resort of rogaška Slatina in the South-East of the country: people come here for the mineral water Donat Mg, with the highest content of magnesium in the world. 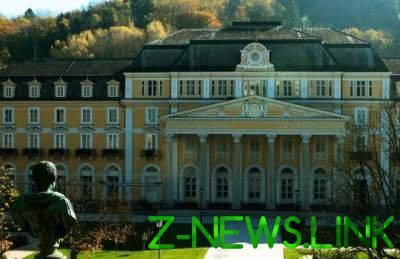 Rogaška Slatina. The resort is known for its of mineral water Donat Mg. Photo: Mazur

Ski: for a family holiday

For skiers, interesting Northern and North-Western part of the country. There, along the Italian and Austrian borders, stretches East and the Julian Alps. It is the highest point of Slovenia is mount Triglav (2864 m).

The nearest airport with direct flights with Ukraine in Ljubljana. From here to the famous ski resort in Kranjska Gora is approximately 100 km.

The list of ski centers in Slovenia — 42 names. For the most part they are located low (500-1500 m). This interval of elevation roughly coincides with the marks of the Ukrainian Bukovel. Therefore, the majority of them are good snow on the slopes with confidence you can expect only from Jan. Finally, the total length of trails in each of the regions rarely exceeds 15 km For comparison — in the Tyrolean resort of Ischgl longest run is 11 km away. in short, ski resorts in Slovenia can be boring for those who it is first important skating. But the winter of Slovenia has its advantages — infrastructure and the service level of other Alpine countries, a kind of nature, many attractions within an hour drive from the ski lifts. Skiing here can advise families and those who have had enough of little ski classics. With that said, our skiers should pay attention to the winter resorts of Krvavec-Rogla (only 30 km from Ljubljana and 10 km from the airport), Kanin-Sella Nevea (border with Italy), Vogel, in Kranjska Gora. 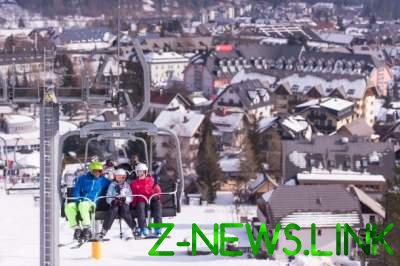 In Kranjska Gora. The lower lift station is located next to the old town. Photo: Slovenia.info/Iztok Medja 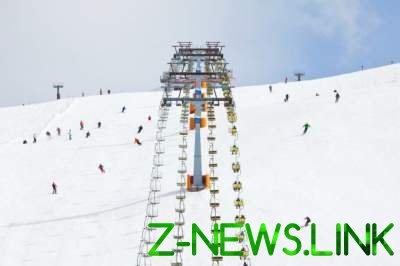 The diversity of choice of Slovenian wines eloquent figures: 14 wine region, 52 varieties of grapes, a winery on 70 of the population. As a souvenir you can bring home Cvicek — local blend of 4 varieties to complement the dominant red and white varieties. This red wine with a low alcohol content (8-9%) and a slight acidity.

In the kitchen of Slovenia fused and creatively reworked the gastronomic traditions of the neighboring peoples. Sometimes it’s hard to tell who’s who adopted practices. Is a cured ham? That which in Italy is called prosciutto, and Slovenia with prosciutto… the List goes on. However, the Slovenian cuisine includes enough of the original dishes. Here are the most popular of them.

Smoked pork sausage, which is recognized as a national treasure.

Donut with fruit filling, dusted with powdered sugar. On the highway Ljubljana — Maribor is a place of worship, where the Slovenians like to call it such Cropani. It is located a couple of minutes after the motorway exit, on the index Trojane. 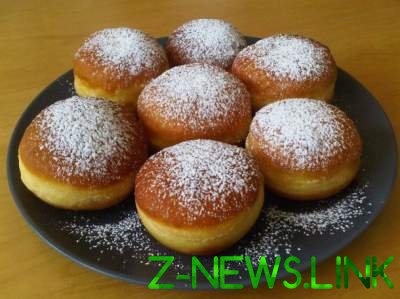 Rich soup with barley, mushrooms, pork, beef and lamb. Served in a pot, from which every scoops himself. 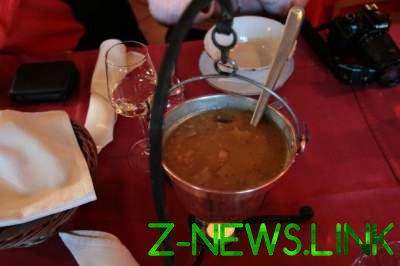 The cream snita. Gastronomic card of lake bled. Is a dessert made of two thin sheets of puff pastry, between which a layer of yellow custard and white cream. 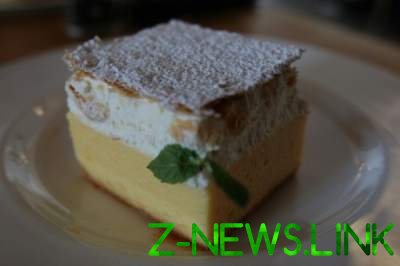