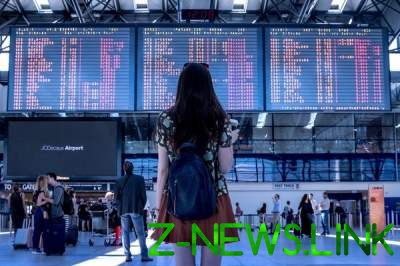 Relevant information for those who are going on a journey.

The situation on the Ukrainian airline market is that any flight can delay or reschedule, and send passengers from one airport to another. And recent events with the complexities of departing and returning home of Ukrainian tourists – one more proof of this.

Tell how to behave when the flight is delayed and whether or to expect compensation for the inconvenience.

Can I avoid flight delays?

Unfortunately, to ensure a flight without problems, the passenger will not be able, because in this question all depends on the airline, says the founder and Director of the service for the protection of the rights of air passengers AirAdvisor Sergei Alexandrov. But there are several ways to simplify the situation, if the flight is still delayed.

It is worth to stock up on water and snack food. If the transfer time of flight is relatively small (i.e. it is not transferred to the next day), then it is advisable to stay at the airport, to monitor the schedule. It happens so that time again take back, and the plane may leave early. And if in this case the passenger is late, then prove that it’s not his fault, it will be difficult.

“I would advise you not to go home and to go to the airport and wait there. Because very often it happens that the flight is transferred several times, and there is a risk it is not in time, – says Alexander, – the Main thing that people had the tickets, all documents. And have tried to get the latest information about departure time. If you do not report that the flight postponed to the next day, it is better to wait at the airport or at least near it. For example, to travel to the city Borispol, but not to go to Kiev. Because could it be that you ask very quickly to go back.”

It is also important always to have money, as in case of delay of departure from Ukraine, and when you return from another country. They can need during a lengthy delay to buy food, go back to the hotel or order a taxi.

In the case of a transfer flight, the airline should take care of the passengers to provide food on the basis of the delay time (sandwiches or a hot meal). If the flight is postponed to the next day passengers should place in a hotel.

“It’s something that should be done immediately. Ukrainian carriers that provide, but there are times when – no,” – said the expert.

If have to buy water or food, it is important to keep receipts. They will be useful for reimbursement. But within reason – for example, the cost of a bottle of wine airline not compensate.

Also, while the airport should try to find an airline employee and someone from the airport authority. The departure of these people will not speed up, but they can tell the passengers the latest information.

The final amount of time spent due to the delay will become clear on arrival at the destination. And after that, you can ask the airline for compensation, says Alexander. This opportunity provides the Air code of Ukraine.

To compensation may be difficult

Ukrainian law clearly provides for compensation for air passengers depends on the distance of flights. For flights up to 1,500 km put €250 per passenger, up to 3,500 km – €400 per passenger if more than 3 500 km and €600 euros per passenger. In the matter of the amount of wrangling with the airline, most likely, will not, says the expert.

“But the difficulty of obtaining compensation in our country currently is. Airlines, of course, do not want to pay them because it’s really a large amount of money in the middle of the Board accommodates 150 people, each of whom must pay a minimum of €250, – says Alexander, – moreover, usually the delay of the aircraft at one point leads to a delay in the next where he was supposed to pick up passengers. Therefore, the amount of compensation is doubled”.

Moreover, according to Alexandrov, the position of the airlines is that for them it is cheaper to pay the passenger immediately, but after the court decision, since in order solve issues, not all of the victims.

“Accordingly, why should they pay compensation, if you can wait, wait until he walks all instances, the court, win it, and then to pay. It is advantageous not to pay, although this is a wrong attitude to the passengers. And the industry as a whole, state agencies should follow up on this, should be some responsibility,” – said the expert.

And this approach in Ukraine is typical for most airlines, says Alexandrov.

At the same time, to defend their rights, the passenger can and should be. In order to receive compensation from the airline, it makes sense to contact a lawyer immediately. This will increase the chances of a positive outcome and may accelerate the process.

But, in any case, the passenger should collect a package of documents: the ticket, proof of costs (receipts, Bank statements, receipts, etc.), to compose and send the airline the claim. Consider the airline has 90 days, and she could meet, to refuse, and may even not answer. So also should contact the State aviation service, says Alexandrov. It is obliged to respond in writing to the complaint, and this response can be used later in court.

Why there are delays at airports

The reasons for flight delays there are different. And the responsibility lies both on the airline and on the same tour operator (if we are talking about a tourist trip).

So, in the event of a delay of a Charter flight is often the fault lies with the tour operator, says Alexandrov. This is because, buying a tour, people usually choose the most comfortable time of arrival and departure. Tour operators are often, in such circumstances, agree, promise agreed date and time of departure and sell the tour. But, in fact, at this point they still have no confirmation either from the airline or from the airport, at that time the flight is carried out.

“That is the tour operators go to such a fraud. Then when it comes time to negotiate a departure, it appears that at this time either in the airport there, everything is already occupied by another aircraft of the airline or the aircraft of this airline was busy with another flight. That is, shifts in the schedule. Well, when a person warn in advance for a few days. It is clear that in such a situation, the passengers are unhappy, but at least they don’t sit hours at the airport. And there are times when everything becomes known at the last moment or changing constantly. And the tour operator or the airline does not know when the plane will take off,” says the expert.

On the other hand, the responsibility for the delay may lie with the airline. And, according to Alexandrov, their fault happens to be a large part of the delay. This happens because the Ukrainian fleet carriers is very old. And most Charter carriers in the 2-3 plane. And if fails one of them leads to a chain of problems with the next flight.

“Recently the Ukrainian Association of tourist agencies analyzed all sides of the Ukrainian air carriers. According to the report, the average age of our aircraft is 20 years. Mainly, with so-called “cemeteries” buy decommissioned aircraft are in a condition which allows to obtain the necessary certificates, permits to fly. And they were further exploited. And, as we see ourselves, there are certificates, permits, everything is fine, the SAS does not see any violations, the aircraft meet all the requirements. But in fact we see that every day they break,” says the expert.

Moreover, if we study the causes of flight delays, then “technical failure” are frequent of them, says Alexander.