Home / WORLD / Touchdown! Expedition 64 back on Earth after 6 months on International Space Station

Touchdown! Expedition 64 back on Earth after 6 months on International Space Station 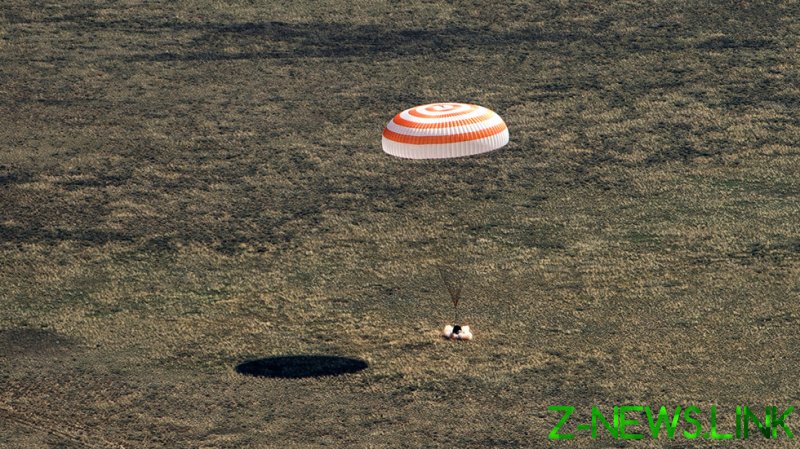 The trio landed in Kazakhstan just before 8 am Moscow time (1 am Eastern), after executing the braking burn in earth’s atmosphere and gliding down for a smooth descent.

Kud-Sverchkov, Ryzhikov, and Rubins arrived on the ISS in October 2020, after a record-speed ascent that took approximately three hours after liftoff. Ryzhikov assumed command of the station from NASA astronaut and Expedition 63 commander Chris Cassidy after a week.

In mid-November, Expedition 64 was reinforced by four additional crew members, who arrived on board the SpaceX Crew-1 mission.

Ryzhikov and Kud-Sverchkov had a busy time on board the ISS, carrying out several spacewalks in preparation for dismantling and detaching the old ‘Pirs’ (Pier) module, so it could be replaced by a new module called ‘‘Nauka’ (Science).

They are headed home after six months in orbit, as their replacements – NASA’s Mark Vande Hei and Oleg Novitsky and Pyotr Dubrov of Roscosmos – arrived on April 9, on board the Soyuz MS-18.