Home / Science and technology / Toshiba has released its ultra-fast battery

Toshiba has released its ultra-fast battery 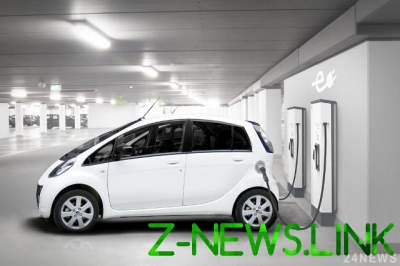 The anode a new generation of developers to use the titanium oxide-niobium. Compared with conventional graphite anode, it holds twice lithium, allowing the battery to absorb high currents. Which in turn reduces the recharge time.

Have SCiB battery life and other advantages. First is the ability to ultra-fast charging, does not affect the status of the battery itself, in contrast to other lithium subspecies. It is more than three times higher than conventional one. Compact electric car is equipped with a conventional battery 32 kWh when using the quick charging is charging in about 6 minutes at 90 km. At the same time battery with a titanium oxide-niobium accumulates an energy reserve sufficient to overcome the distance of 320 km and secondly- possibility of use in a wide range of temperatures. At a temperature of -10 degrees Celsius so the battery is charging exactly 10 minutes. Thirdly, long service life. After 5,000 cycles of SCiB cells of the first generation to retain 90% of nameplate capacity, and the battery of the new generation wear even slower.

See also:  In the Network appeared the characteristics of budget news from Panasonic

But despite these pros have a new battery and one significant disadvantage — high cost. Currently SCiB and lithium-titanate batteries in General are about three times more expensive lithium. They cost $1-2 thousand kW·h. in addition, the operating voltage of the cells of such batteries 2.4 V, at that time as lithium, the figure is 3.7 V, that is, they contain less energy per kilogram of body weight.

Despite the high cost of titanium-niobium “miracle”, the company is already thinking about mass production of SCiB second generation in 2019 are going to find a way to profit from their development.

The first generation SCiB battery installed in the Japanese version of the Mitsubishi i-MiEV. For other countries, the traditional model equipped with lithium batteries. In Japan, the model is available with battery capacity 10.5 (SCiB) or 16 kW•h power Reserve hatchback with such a battery is 120 km to 170 km on lithium, but its charge up to 25% of a charge takes 5 minutes, and 15 minutes charge can make up to 80%.