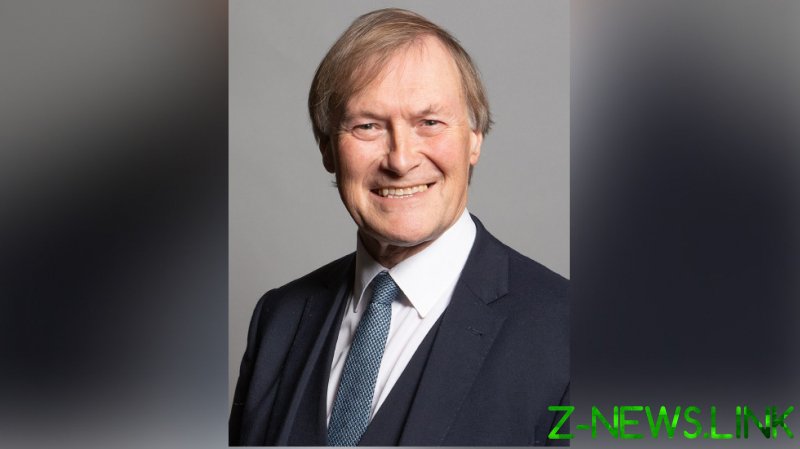 On Friday, a man ran into the Belfairs Methodist Church in Leigh-on-Sea, Essex, where Conservative MP Sir David Amess was holding his constituency surgery. The man proceeded to attack the MP, who was stabbed “several times,” according to reports.

It is understood that Amess, 69, has been receiving treatment at the scene for his injuries. His condition has not been made public. Sources suggest that an air ambulance was at the scene.

“We’re not sure how serious it is but it’s not looking good,” local councillor John Lamb told Reuters. He stated that emergency workers were still attending to Amess in the church.

The location has been closed off and police have been seen in considerable force in the area. A police helicopter has also been deployed.

Essex Police confirmed the incident on Twitter, noting that a man had been arrested in relation to the stabbing. “We were called to reports of a stabbing in Eastwood Rd North shortly after 12.05pm. A man was arrested shortly after & we’re not looking for anyone else.” The force said more information would be provided when they have it.

The MP had tweeted on Tuesday that he would be present at the Belfairs Methodist Church for his surgery on Friday. MPs tend to hold their constituency meetings on Fridays, as work often brings them to their Westminster office from Monday through to Thursday.

“Appalled to hear of the attack on [David Amess] today. I know him well and am thinking of him with very best wishes as we await further news,” opposition lawmaker Stephen Timms wrote on Twitter; Timms himself was stabbed during a constituency meeting in 2010.

Amess, a prominent Tory MP, has served as the member for Southend West since 1997. He had previously served as MP for Basildon.