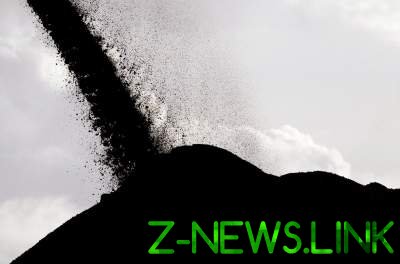 Arrived in Ukraine the eighth ship with coal from South Africa.

In particular, a bulk carrier Scythia Graeca delivered to Ukraine 75 thousand tons of anthracite and 20:00 the port has already begun unloading the vessel.

“The ship anthracite from South Africa treated at the first port. Production capacities allow to do so as soon as possible, and during the coming heating season, the processing speed of this load is most important. The port to cope with such a task professionally, that is why 3 years ago the first batch of South African coal went to Ukraine through the port of Chernomorsk,” – said the press service.

See also:  Triple car accident in Lviv: there are victims

It is noted that the consignment of African coal arrived to energy holding DTEK. After unloading at the port berths anthracite will go to the kryvorizka TPP.

Earlier it was reported that Ukraine because of the fighting in the East of the country is experiencing a significant shortage of coal, primarily of energy (hard coal) mining is concentrated in areas in the Donetsk and Lugansk regions controlled by the rebels. To ensure stable operation of its thermal power plants that use anthracite, DTEK has decided to supply coal from mines in Rostov region and signed a contract for the supply of coal from South Africa in excess of 600 thousand tons with possibility of increase to 1 million tons.

See also:  In Ukraine there can be a problem with illegal immigrants

On 21 October, the port “South” took seventh this year, a bulk carrier with coal from South Africa for DTEK. Arrived the anthracite will go to Pridneprovskaya and Krivorozhskaya TPP power to replenish inventories for the heating season. Then in a press-service of DTEK, said that the company has already put 450 thousand tons of anthracite from South Africa.

The first ship was made of DTEK in the sea port “South” on may 25.