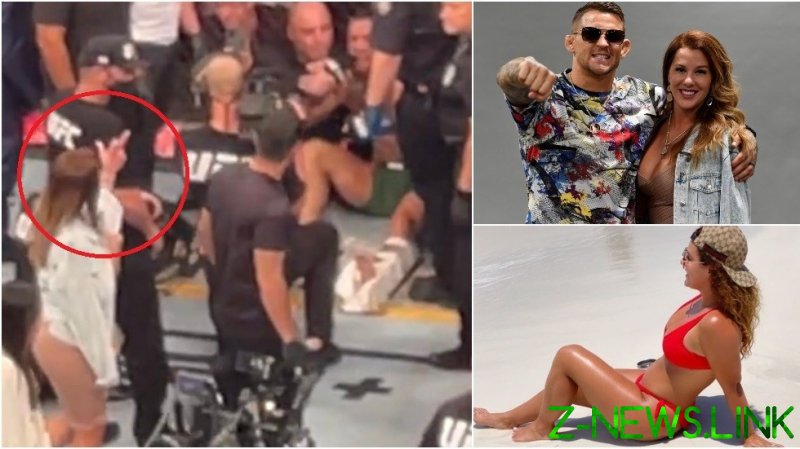 McGregor suffered an excruciating defeat to a dominant Poirier after the Dubliner’s left ankle snapped at the end of the first round as he stepped backwards after throwing a punch.

The contest was called off as Poirier was declared the winner via a doctor stoppage TKO, putting the American 2-1 ahead in the trilogy between the two rivals.

Part of the build-up to Saturday night’s main event at the T-Mobile Arena had focused on McGregor’s return to his brash smack talk antics, including claims from ‘The Notorious’ that Poirier’s wife had attempted to slide into his direct messages on social media.

Poirier had shrugged off McGregor’s mind games, even claiming that the supposed Instagram request from wife Jolie to the Irishman could have been fabricated.

Poirier appeared equally unfazed on stepping inside the octagon, dominating much of the opening round before McGregor’s lower left leg snapped, bringing an end to the contest.

As McGregor sat in agony in the octagon he still continued to spit out barbs at Poirier and his wife.

“This is not over,” a defiant McGregor fumed.

“If I have to take this outside with him it’s all outside. I don’t give a bollocks.”

“Your wife is in my DMs hey baby.

“Hit me back up we’ll catch you later on. We’ll be at the after party. The Wynn nightclub baby. You little h**. F*ck him.” 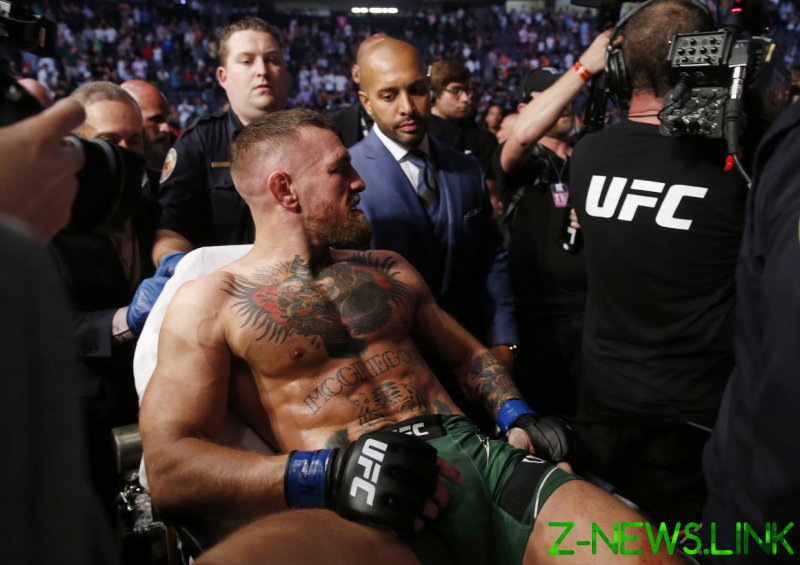 McGregor was stretchered from the octagon but still found time to insult Poirier and his wife. © Reuters

Inside the octagon to celebrate her husband’s victory, Jolie Poirier flashed her middle finger at McGregor as he gave his post-fight interview.

Dustin Poirier branded McGregor a “dirtbag” in his own post-fight comments, asserting that the former two-weight champion had gone too far with pre-fight rhetoric, which included threats to “murder” the American in the octagon.

“Murder stuff, there’s no coming back from that,” Poirier said.

“This guy’s a dirtbag, man. Anybody booing, you can kiss my whole a**hole,” Poirier added to the 20,000 fans at the T-Mobile Arena. 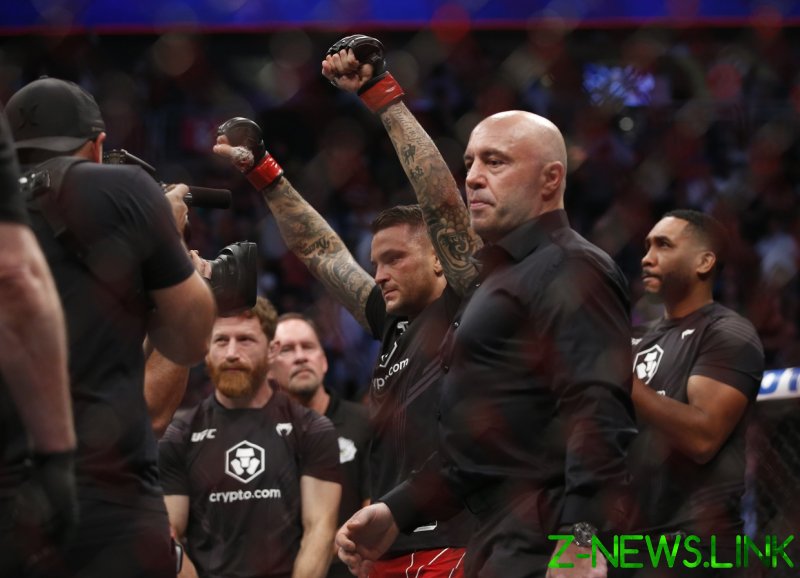 Poirier earned a second win in a row over McGregor. © USA Today Sports 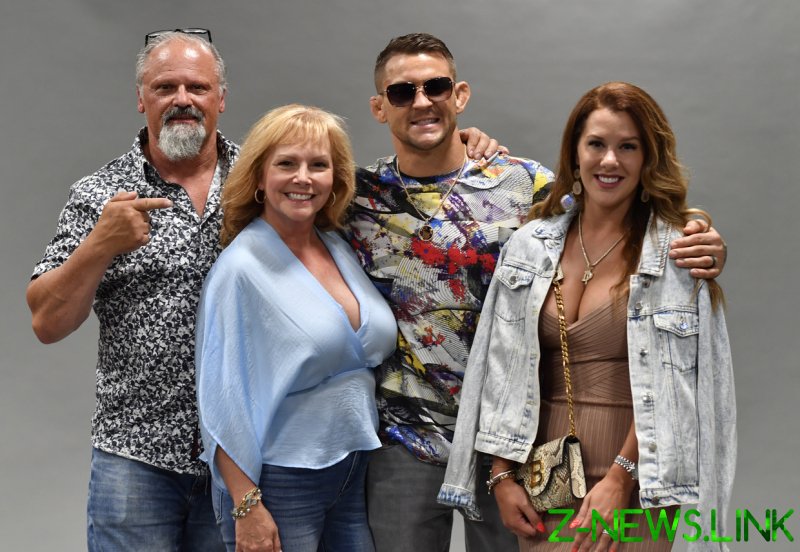 Poirier now appears set for a match-up with reigning UFC lightweight champions Charles Oliveira, having previously turned down a shot at the belt in favor of a lucrative third meeting with McGregor.

However, UFC boss Dana White hinted that a fourth bout between Poirier and McGregor would happen further down the line.

“It sucks, it’s brutal, it’s not the way you want fights to end,” said White of Saturday’s main event.

“Dustin Poirier will fight for the title and when Conor’s healed and ready to go, you do the rematch I guess, I don’t know.”

Poirier likewise vowed to inflict more punishment on McGregor for his insults.

“We are going to fight again whether it’s in the octagon or on the sidewalk,” said ‘The Diamond’.

“You don’t say the stuff he said. My wife’s solid as a rock, I’m not worried about that. That’s noise.

“You don’t say stuff about people’s wives either, but I know that’s zero chance. But there is a chance someone could die and you don’t wish that on anybody.”