Home / Incident / Threw the baby from the balcony: new details of a terrible emergency

Threw the baby from the balcony: new details of a terrible emergency 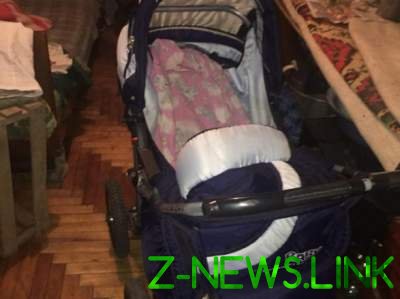 A terrible incident happened because of jealousy.

The incident occurred yesterday, November 26, at about 22:00, in the Borodino district of the city. 45-year-old man, his 44-year-old girlfriend and a 39-year-old guest drank together alcoholic drinks. A guest came in with her 5-month-old daughter. Information shared in the press service of the regional police.

When the alcohol ended, the host with the guest went to the store, leaving the 44-year-old woman with the baby.

When the mother of the man came back, the baby in the stroller was no longer the mistress argued that they took the child with them. However, the landlord heard from the street screaming. A mother and a man ran out of the apartment, picked up the girl and called the police.

See also: In Zaporozhye woman threw the baby from the balcony of the flats

The neighbour in the car helped to take the injured child to the hospital. The police did not find her at home, she was on the fifth floor and tried to escape from the police. She later confessed to the incident. The woman said that the girl was screaming and she was jealous of her husband’s guest, and therefore threw child from the balcony of the third floor.