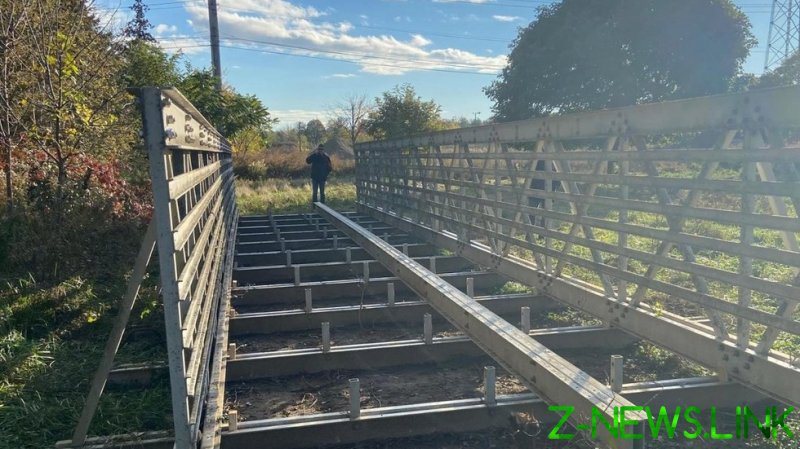 Once used by pedestrians to cross the Cuyahoga River in Akron’s Middlebury Run Park, the bridge had sat unused in a nearby field since 2004, when a wetlands restoration project got underway in the park. However, police discovered in November that someone had cleared the brush that had grown around the bridge and made off with its treated lumber deck boards, the Akron Beacon Journal reported.

What motivated the thieves is a mystery. Police spokesman Lt. Mike Miller told Fox 8 that as the structure is made out of almost all polymers, it would have little value on the scrap market.

However, Miller said that the bridge was mostly held together with bolts, meaning anyone with a basic socket set and the time and inclination could dismantle and steal it. The bridge could then “be used for a variety of different things to include as simple as landscaping or they could use it for some other engineering project, some other large scale project.”

The city of Akron wasn’t planning on reinstalling the bridge over the Cuyahoga. Instead it was due to be used in a parking lot project in aid of a battered women’s shelter. City officials say that the bridge was valued at between $30,000 and $40,000.

The cops have appealed to the public for help finding the bridge. Among other lines of inquiry, they are quite literally looking for someone with a bridge to sell.