‘They are children of the same foul spirit’: George W. Bush compares 9/11 terrorists to ‘domestic extremist’ threat at home 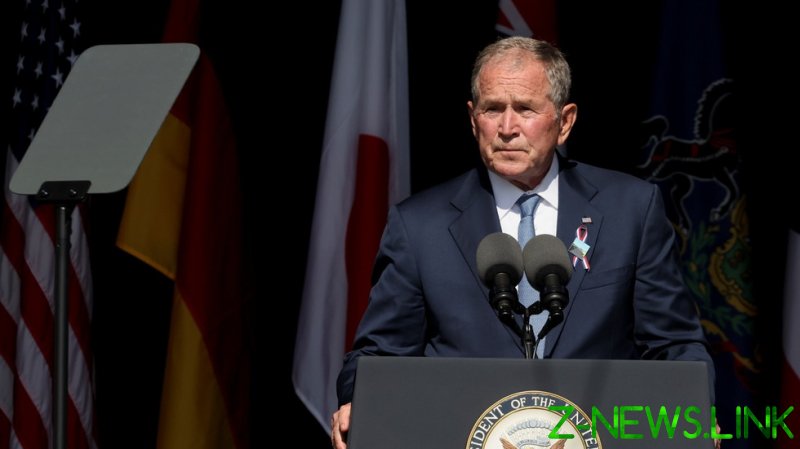 While visiting Shanksville, Pennsylvania on Saturday, Bush, who was president at the time of the deadly terrorist attacks, compared the foreign terrorists behind 9/11 to the supposed domestic extremists in the US today.

“We have seen growing evidence that the dangers to our country can come, not only across borders, but from violence that gathers within,” the former president said.

Bush urged people to “confront” these threats and touched on the cultural gaps and partisanship that has grown in the country since he left office.

“When it comes to the unity of America, those days seem distant from our own,” he said. “Malign force seems at work in our common life…so much of our politics has become a naked appeal to anger, fear and resentment.”

Though Bush faced low approval ratings through much of his presidency and was shrouded in controversy thanks to highly-criticized decisions like the invasion of Iraq in 2003, he has grown in popularity among liberals since leaving office, mainly thanks to his public criticism of former President Donald Trump.

His latest speech earned him more points with this crowd, as many took to social media to celebrate the controversial leader’s acknowledgement of a supposed threat from domestic terrorism.

“Almost weeping, George W. Bush rebukes those Americans who have turned their backs on ‘the America I know.’ Important speech,” author and reporter Michael Beschloss tweeted.

More conservative critics have accused Bush of trying to embrace the politics of the Democratic Party to save face, something he’s been accused of before when he would publicly criticize Trump, as well as Republican leaders who questioned the 2020 presidential election results.

Conservatives also called out the president for selectively focusing on Capitol rioters, while not acknowledging the violent protesters over the summer of 2020.

Bush visited a memorial ceremony on Saturday at the Shanksville site where the United Airlines Flight 93 crashed in a field after passengers managed to overtake the terrorists who had hijacked the plane.

Bush launched the war in Afghanistan in response to the attacks and he has been critical of the recent withdrawal, despite both Presidents Joe Biden and Trump saying the military conflict needed to come to an end.

In an interview with German broadcaster Deutsche Welle in July, Bush said he thought the pullout was wrong and could lead to “unbelievably bad” consequences.